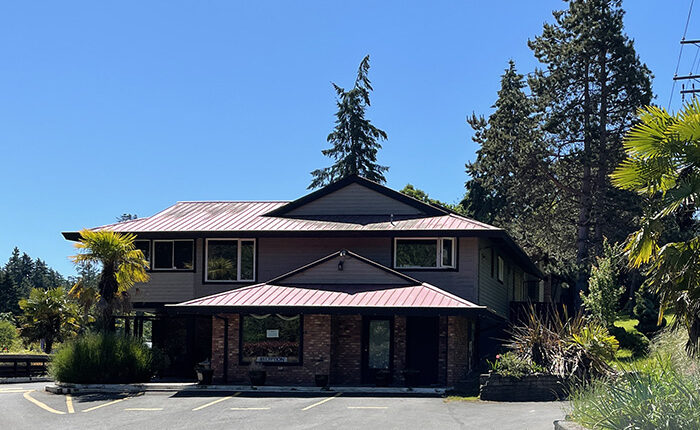 A two-week extension of the current lease at the Seabreeze Inne has been secured to accommodate a plan to put modular units for current Seabreeze residents on a Kings Lane property.

According to a B.C. government press release issued late Thursday, the Lady Minto Hospital Foundation (LMHF) has agreed to extend the current lease with BC Housing until July 15.

“I would like to extend my sincere thanks to the Lady Minto Hospital Foundation for generously extending the lease at the Seabreeze Inne, providing people with a safe roof over their heads for the past six months,” said David Eby, Attorney General and Minister Responsible for Housing. “BC Housing continues to work diligently to build the new permanent supportive housing facility at Drake Road.”

The Gulf Islands Seniors Residence Association (GISRA) has agreed to allow their site at 154 Kings Lane to create temporary housing until permanent, purpose-built supportive housing is operational at the Drake Road site owned by the Capital Regional District. GISRA bought the Kings Lane property to build a seniors housing complex, but has not yet been able to secure funding to do so.

The current Seabreeze lease between the LMHF and BC Housing was set to expire on June 30 and LMHF executive director Roberta Martell said it was ready to begin on-site renovations to create housing for hospital staff.

“We’re ready to go,” Martell told the Driftwood in a June 29 story. “We’re ready to empty the place out, rip out the carpet, curtains, beds, furniture, tubs, sinks — everything has to go. It has to go down to the basically bare bones so that we can then build it back up.”

Western Medical, which is building the new hospital emergency department, has received the renovation contract.

However, BC Housing told the Driftwood the previous week that the 161 Drake Road project — announced in January — was not ready for Seabreeze residents as planned and would not likely be completed until the spring of 2023.

“BC Housing is continuing its due diligence for the development at Drake Road, including environmental, riparian area assessments and water supply approvals. Once completed, the mobile unit will be dismantled, the land returned to GISRA and residents will move into their new permanent homes at Drake Road or to other housing options, depending on individual need.”

“I want to express my appreciation to the Lady Minto Hospital Foundation for their valuable work to offer the affordable housing needed to deliver community-based health care on Salt Spring Island. I wish them the best in their work to support the health of Salt Spring Islanders,” Eby said.

Event to mark one year anniversary of heat dome