An urgent campaign to purchase property owned by one of Salt Spring’s early environmentalists before his death in 2016 is underway.

A group of neighbours to property located between Beddis and Sky Valley roads owned by Mike Larmour’s estate have been working behind the scenes for about a year on the purchase of two 20-acre lots. The Salt Spring Island Water Preservation Society has recently agreed to be the title holder and issue charitable tax receipts for all donations of $20 or more.

SSIWPS president Maxine Leichter said her group was pleased to step up and take on that crucial role.

“It’s just a fabulous opportunity to acquire a beautiful property to help us protect the Cusheon Lake watershed,” she said, adding, “We fear if we don’t buy it it will be logged like the other parcel [on Beddis Road], which would be bad for the watershed.”

Having the SSIWPS own the lands is especially poignant because Larmour was one of the people who spearheaded the society’s creation in 1982.

“It’s so fitting to be buying the property that Mike owned because he was a founder of the society and a big supporter,” said Leichter.

Rodney Polden, a neighbour who is actively involved in the land purchase effort, said Larmour had hoped to protect the wetland areas on his property through a covenant or some other means but did not have the opportunity to do so prior to his death.

“It is a remarkable property,” said Polden. “It contains so many ecosystems . . . and microbiomes. There are some species on this property I have never seen anywhere else on Salt Spring.”

While the property has some “magnificent” trees, the biodiversity supported by all of the land’s values is what makes it so significant, he said.

With two adjacent properties owned by Polden and his neighbour both protected by an Islands Trust Natural Area Protection Tax Exemption Program covenant, if the Larmour lots are purchased it will result in a substantial contiguous area of land protection.

“The larger and more protected the areas are the better,” said Polden, as it gives vulnerable species more room to move, thrive and nest.

Gathering of pledges for the Larmour lands campaign is going well, said Polden, but more funds are needed to complete an imminent purchase of the first lot, known as Lot H, as well as the second “Lot F” parcel, which also contains some agricultural land. The estimated total required for both lots is between $1.2 and $1.5 million.

The SSIWPS has set up a dedicated email address — ssiwps2020appeal@gmail.com — to take etransfers and handle inquiries about donating and the property purchase. Polden is also available to answer any questions people may have. He can be reached at penrod@saltspring.com or 250-537-5082.

Funds will be returned to donors if the lot purchases do not occur.

The neighbours and SSIWPS have appreciated support provided by the Salt Spring Island Conservancy and the Islands Trust Conservancy to date, although neither organization currently has the capacity to accept a land ownership role. The SSIWPS has experience in holding and managing lands as the longtime owner of 272 acres of watershed lands in Channel Ridge.

All photos by Rodney Polden. 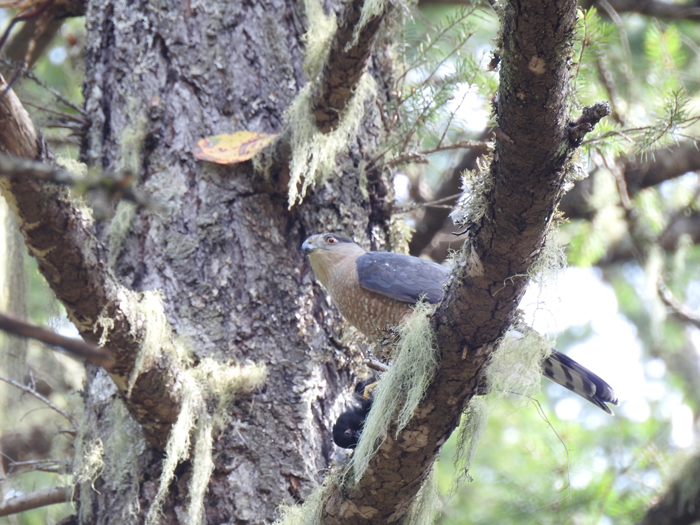 Suspicious device at Drummond Park prompts bomb squad call; determined to not be…