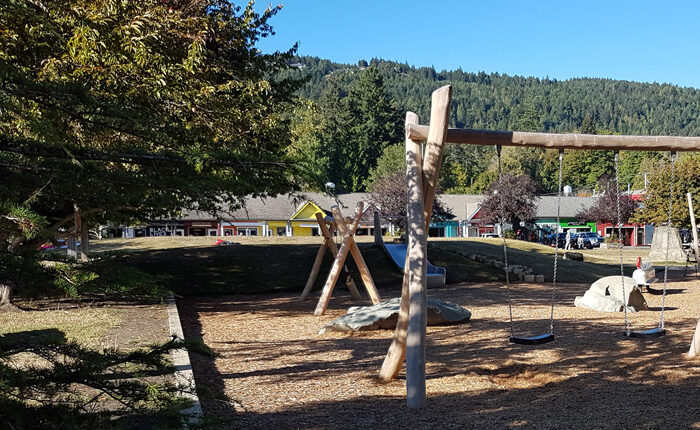 Enforcement stepped up at Centennial Park

Salt Spring RCMP and Capital Regional District bylaw enforcement are taking action against a deteriorating situation of unruly and sometimes criminal behaviour at Centennial Park.
The island’s RCMP detachment and the regional district have joined forces to do extra patrols, education and enforcement at the central downtown park on random days and times. CRD bylaw enforcement chief Don Brown reported that during their first exercise on Sept. 1, officers enacted 11 evictions from the park, issued four park violation tickets, arrested one person for being drunk in a public place and charged one person with impaired driving. Joint patrols will continue periodically for the rest of the summer.
Islands Trust trustee Peter Grove made a call for action at the Sept. 1 Salt Spring Local Trust Committee meeting, where he described Centennial Park as one of two major issues of concern in the community.
Grove said he had recently taken his six-year-old granddaughter to the park, “and it was far from a welcoming experience. There were lots of adults lying around, smoking, drinking and with dogs running around. There was no RCMP presence.”
Grove suggested having RCMP attend the next committee meeting to report on what they are doing. He said the time might also be right to revive CRD director Gary Holman’s Community Safety Service idea, even though taxpayers roundly rejected establishing such a service earlier this year.
Holman agreed that might be possible, but in the meantime he would be increasing the amount for bylaw enforcement and parks maintenance in the next budget, along with the ongoing collaboration with RCMP.
“I was at the park a couple of days ago and it does seem to be getting more out of hand,” Holman said. “People are openly disregarding the signs about smoking, dogs and public drinking.”
RCMP also arrested one person this week in relation to vandalism that targetted shops located beside the park in the Ganges Alley complex on Aug. 28. Corp. Matthew Crist said although Arigato Sushi and Salt Spring Wok Bar are both owned by Asian families, the attack that sent large chunks of rock through their front windows does not appear to have been racially motivated.

For more on this evolving story, see the Sept. 9 issue of the Driftwood.