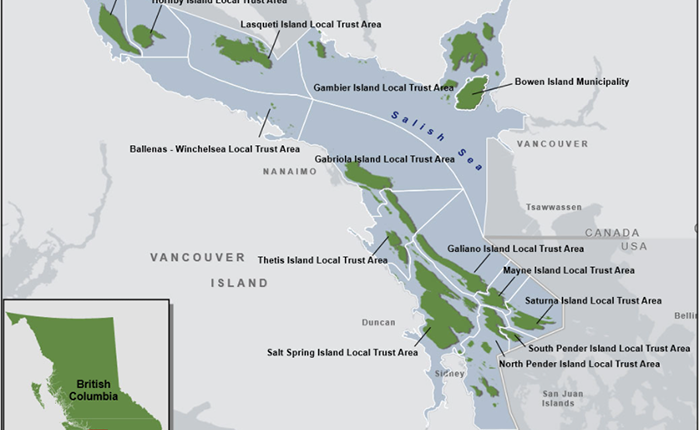 The Islands Trust has fundamental governance issues to grapple with, a $75,000 governance review found, and consultants recommended they should be undertaken before many other priorities are looked at.

Great Northern Management, the consultants undertaking the review, presented 15 recommendations to Trust Council at a quarterly meeting held in Nanaimo on March 8. Changes to the structure of the Islands Trust or to the Islands Trust Act were outside the scope of the review, which focused on recommended changes to how Trust Council functions, is supported and interacts with staff, the public and the province.

Overall, the report found that current practices of Trust Council, the governing body of the Islands Trust, “do not meet requirements set by good governance principles.”

“There are very fundamental governance issues that need to be addressed, in order for trust council to effectively set direction and provide oversight,” said consultant Maryantonett Flumian. She acknowledged trustees are working within “one of the most burdensome and heavy governance structures that I’ve ever seen for an organization this size.”

Trustees will need to tackle governance issues as they simultaneously try to meet the Trust’s unique mandate to preserve and protect the area, and while adapting to dramatic social, environmental and economic circumstances.

Consultants did find, in interviews with trustees, the desire and commitment to make the Trust work in spite of the difficulties the organization finds itself in.

Yet there is fundamental misunderstanding among some members of the public, consultants noted, and even among trustees, about what the Islands Trust is. While the Trust takes on some characteristics of a local government, dealing with land use planning and having “democratic concepts of election and representation, even if not based on population,” Flumian said the Act makes it clear that the Trust was intended to be an agency of the provincial government.

Consultant James Roche noted that a number of other factors point to the Trust being an agency, rather than a local government: reporting to a minister of the crown, directive powers in the Islands Trust Act that allow the province to “either allow things to happen or instruct other things to happen.” “These…are characteristic, generally speaking, of an entity that the government of British Columbia is intent on keeping a certain amount of control of and its powers derive from it in a more direct way than the municipal governments do.”

Coming to a consensus around what the Trust should be over the next 25 years is work that needs to be done before the Trust approaches the province for assistance with governance challenges.

Flumian and Roche said the Islands Trust Act invites the Trust to ask the provincial government for help.

“So clearly, they gave you an overall act, which allows you lots of latitude, and then they said ‘In case we forgot something, and it’s essential to the conduct of your mandate, please come back to us and ask us for you fill in the blank,” said Flumian. “Those are pretty broad powers that have never been used…since the Islands Trust has been around. You won’t find them in many pieces of legislation.”

The review recommended undertaking advocacy with “relevant stakeholders, influencers, policy-makers and decision-makers” to improve awareness and support for the Trust, as well as improved communication between the Trust and residents.

“A new approach that emphasizes consensus and collaborative decision-making will allow trustees to better fulfill their responsibility to set direction, guide operations and assess performance,” the report noted.

Trust Council itself has to become a deliberative body, focusing on working towards consensus yet not necessarily unanimity. “The issues are that the body was seen to be too transactional in nature, endorsing many of the proposals put before it, sometimes with greater understanding, sometimes with less,” Flumian said. Moving from what many interviewees pointed to was a council “unduly encumbered by procedure, and not particularly focused on outcomes,” would involve changing how agendas are set, how meetings are organized and having more digestible briefing material.

Consultants recommend increasing the number of committees, since they are the real “workhorses” of Trust Council, and adding members to Trust Council representing First Nations and the province.

“Reconciliation requires that the question of co-governance be taken up as a priority by Trust Council,” and by local LTCs, the report stated. Adding seats for First Nations at Trust Council would involve discussions with the province, First Nations and an amendment to the Islands Trust Act.

Many of those interviewed for the review reported a “disconnect between trustees and senior staff that inhibits the efficient functioning of both the Trust Council and Trust management.” The report noted some trustees felt “staff’s efforts lean toward managing Trust Council, rather than enabling it,” with others noting that questioning staff recommendations or activities “is construed to be challenging the preserve and protect object itself.” Meanwhile, some staff felt trustees don’t always fully consider the advice and information they’re provided. Recommendation 13, to conduct a management review, is aimed at identifying measures to improve the relationship between Trust Council and staff.

The Islands Trust’s governance structure has not changed significantly in 30 years.

For a copy of the report, visit the Trust website.