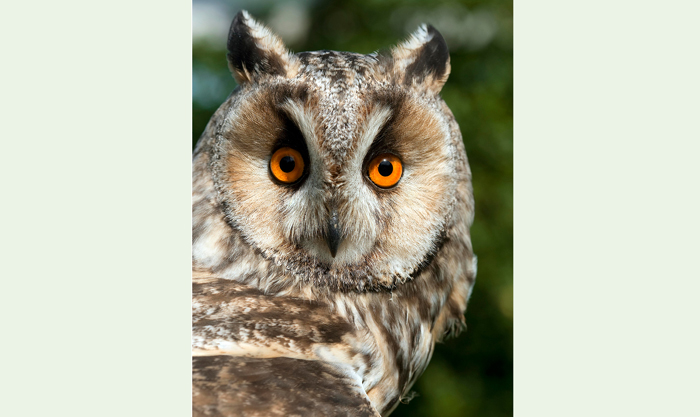 The Islands Trust has joined a growing list of local governments in British Columbia that are calling for the provincial government to ban anticoagulant rodenticides.

A resolution moved by Salt Spring trustee Laura Patrick and seconded by Galiano’s Jane Wolverton on March 11 urges the province-wide ban because anticoagulant rodenticides are known to move through the food chain, endangering wildlife. The case for this position was made earlier in the week by Saanich resident Deanna Pfeifer, who gave a delegation to Trust Council on the Rodenticide Free B.C. campaign.

Speaking to the Driftwood on Thursday, Pfeifer explained she was prompted to make the delegation because she had been contacted about a rare long-eared owl that died on Salt Spring and was a suspected poisoning case.

She has been dedicated to learning everything she can about rodenticide and alternative ways for dealing with rats ever since she discovered a dead resident barred owl in her neighbourhood in November 2019. A necropsy revealed poison was the likely cause of death, with both brodifacoum and bromadiolone detected in the owl’s liver.

“I thought I was pretty well informed until I held this beautiful dead owl in my arms and then had the necropsy arranged,” Pfeifer said. “Then I asked, ‘How is this getting into our beloved owls?’ The more I learned the more I realized this has to be banned.”

As Pfeifer explained in her presentation to Trust Council, anticoagulant rodenticides are ingestible pesticides used to kill rats, mice and other target rodents. While the B.C. government acknowledges that these rodenticides present some risk, the B.C. Integrated Pest Management Act permits their use for now.

In response to a question from the Driftwood, B.C. Environment Minister George Heyman stated, “I am very concerned about reports of wildlife such as owls, eagles, bears — and even pets — being poisoned by the improper use of rodenticides. Ministry staff are looking at the circumstances of these poisonings and developing recommendations on appropriate preventative actions.”

Heyman said those actions could include public engagement, education, training, and also whether the products need to be more strongly regulated.

“We are also engaging with other provincial, federal and territorial jurisdictions to understand how other agencies are managing the issue, and what we can learn from them.”

A number of municipalities within the Capital Regional District have now banned anticoagulant rodenticides on properties owned by their cities and have asked the province to go further by enforcing a ban. Esquimalt council joined the group just last Monday after the male partner of a nesting barred owl pair succumbed on March 15.

Over the last decade, numerous wildlife organizations and animal welfare groups have noted that ingestible rodenticides poison non-targeted species at all levels of the food chain. Species that have been significantly impacted include owls, hawks, small birds, earthworms, coyotes and cougars, as well as children and family pets.

Owls and other raptors are especially vulnerable because of their rodent-dependent diet. A single owl will eat 1,000 rodents in a year and a nesting pair even more. Birds that are not killed directly by poison may still suffer an indirect death, such as collision with vehicles after their system has slowed down.

By law, commercial-grade rat poisons can only be sold to licensed professionals or to farmers in B.C. and contact information must be collected at the sales point. Non-compliance notices issued by the Ministry of Environment and Climate Change show rules around pesticides are not always followed by garden supply stores on Salt Spring or in Saanich, Duncan and Nanaimo. And despite detection in multiple owl deaths, Owl Watch BC says brodifacoum sales increased by 19 per cent and bromadiolone sales increased by 279 per cent between 2003 and 2015.

Keeping poison in the hands of the professionals is also insufficient for protecting the rest of the food chain, Pfeifer said. Anticoagulant poisons cause a slow, painful death, and leave plenty of time for poisoned rodents to be eaten by other creatures. Insects that are themselves not impacted by the toxin still eat the bait and then pass it on to predators.

According to Owl Watch BC, anticoagulant rodenticides are not even effective at decreasing rat infestations. Rodents that have been poisoned but haven’t died yet are triggered to reproduce quickly before they go.

As well, Pfeifer said some private home and business owners contract pest control companies to keep bait boxes supplied on a monthly basis, but they fail to address the reasons rodents are being attracted in the first place.

“In the pest management industry, rodenticides are recognized as only a short-term solution. Other preventative measures, including remediating structural access points, are known to be far more effective in reducing pest issues over the long term,” she said.

Pfeifer is hopeful about work being done by Vancouver-based company Humane Solutions. They are developing new trap technology that provides a poison-free method for managing rodent populations by providing instant, automated kills and collects data at the same time. The technology is currently being trialled in various municipalities and will be available to the public within the next few months. Humane Solutions also has a blog on home rodent control that some people have reported being helpful.

The petition to ban rodenticides can be found at https://actionnetwork.org/groups/rodenticide-free-bc-2. Pfeifer recommends concerned people also write directly to Minister Heyman.