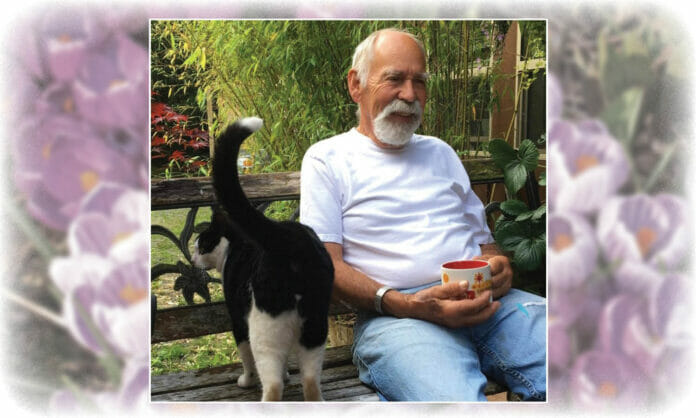 Peter Melancon passed on November 13th, 2022, due to complications from dementia. He was the youngest son of Rex and Lilla Melancon. Peter was born in Alert Bay B.C. in 1943. Right out of high school he joined the Navy. He and his wife, Heather, had two daughters, Pat and Donna.

His multitude of careers included the Navy, working on BC ferries, working for Melancon Homes which was his parent’s construction company, then running his construction company after moving to Salt Spring Island, he also worked as a baker alongside his daughter Donna and his son in law Alex, his final career adventure was working at Blackburn Dump, which he enjoyed immensely. He was an amazing builder and built many houses on the island. Peter could always take a joke, with a twinkle in his eye, and always loved to laugh. He had many loves in life, which included bird watching, spending time with his many cats, working and just sitting around bullshitting. One of his proudest moments in life was becoming a Papa. Peter is predeceased by his mother, father and eldest brother Bob. Peter is survived by Heather, daughter Pat, son-in-law Jim and grandson Aidan, daughter Donna, son-in-law Alex and granddaughter Anya, stepmom Alice and brother Fred, his nieces and nephews, many good friends, as well as his cat Bee.

No service by request, donations in his memory to the SPCA. A big thanks to all the staff at Greenwoods who took such great care of him.