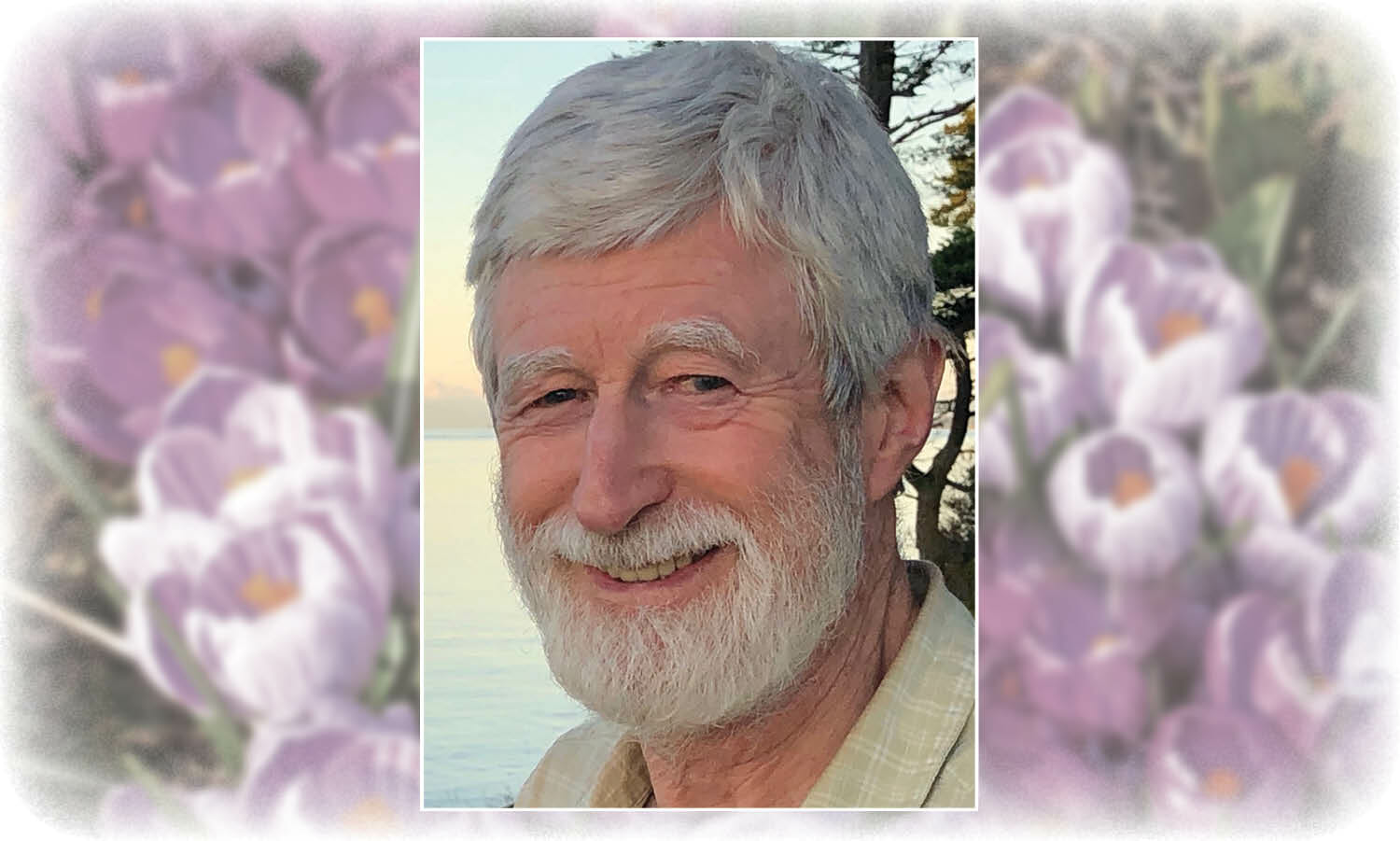 Derek died peacefully on August 21, 2022, in the palliative suite at Lady Minto Hospital. His wife Christine and daughter Sarah were at his side. It was the culmination of an intense three month journey from a healthy man planning a significant sailing voyage, to someone experiencing lung congestion, to an eventual cancer diagnosis and all that that entailed. He is survived by Christine and Sarah and his mother, Mary, who turned 100 this month.

Derek was born in Belfast, Northern Ireland. Coming from a land where intolerance and violence were woven into the fabric of daily life seemed to engender in Derek deep values of tolerance and respect for diversity. He strongly believed that no position, no matter how right, should be imposed on anyone through force.

Derek’s parents, Alex and Mary, moved with him to England while he was still an infant. They emigrated to Canada in 1958 when Derek was 11 years old. As a teen growing up in St. Catharine’s, Ontario, Derek discovered a love of sailing that would remain throughout his life.

Derek obtained both a master’s degree in history and a law degree from the University of Toronto. At law school, he met Christine, who was to become his wife and his love. In Christine, Derek found another lover of the sea and sail. In 1987 they both quit their jobs and headed out on the high seas for two years in a small sailboat. The voyage included crossing the Atlantic Ocean to the Virgin Islands and sailing as far south as Venezuela.

A few years after completing their sailing adventure, Derek and Christine embarked on what proved to be an even more satisfying adventure with the arrival of their daughter, Sarah. Derek also found a new vocation — that of a writer. He began with legal journalism but soon was writing books. In 1998, Godforsaken Sea: Racing the World’s Most Dangerous Waters, was published and rose to the top of the national bestsellers’ list. This success allowed him to devote his time fully to writing creative non-fiction. Often stretching genres and writing styles, he explored topics which included the lure of the sea, the complex history of Northern Ireland and the notion of borders as they form between lands and people.

The success of Godforsaken Sea also allowed Christine to quit her job as a lawyer which meant the family could move permanently to Salt Spring Island in 2002. On Salt Spring, Derek found a deep sense of community and formed many circles of friends. He was on the boards of ArtSpring, the library and the Salt Spring Forum. He continued to write and took great joy in navigating the coastal waters on Gertrud, his beloved Bristol Channel Cutter.

People often talk about a person’s relationship to cancer as being a ‘battle’ — a fight that they either win or lose. Those words do not describe Derek’s response. Derek met each bit of bad news with courage and acceptance. Throughout the period of his illness, Derek’s heart continued to open and expand to the kindness of people and to the love around him. There was often a tear in his eye — not from pain but from being touched by how kind people were. He treasured the time he was able to have with his daughter Sarah, to hold her and tell her what happiness she had brought him.

In the final weeks of his life, it was the many, many people who mattered to him who became the focus of his attention and reflection. He asked that we share a quotation from a favourite poet of his, W.B. Yeats:

Think where man’s glory most begins and ends,
and say my glory was I had such friends.