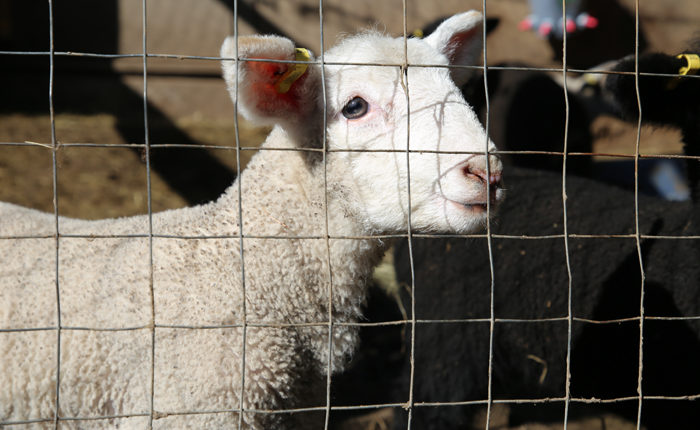 Springtime is baby animal time on many Salt Spring Farms 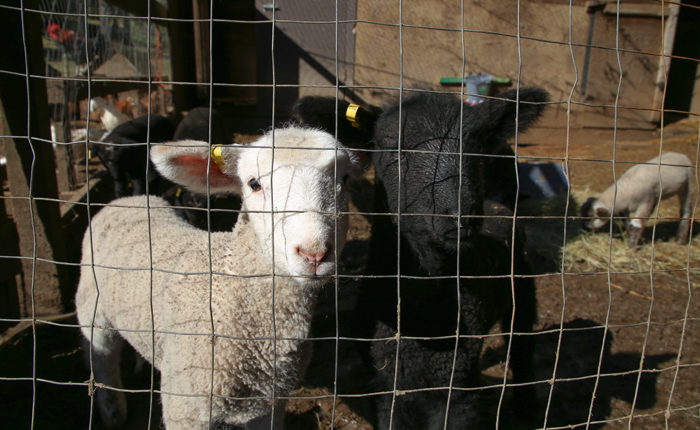 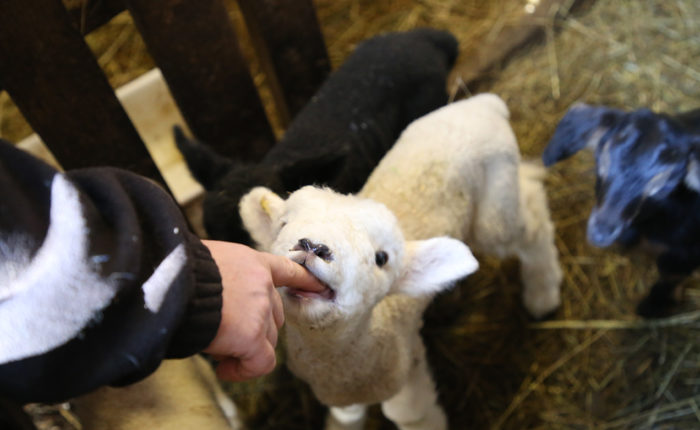 The little guys are very friendly. 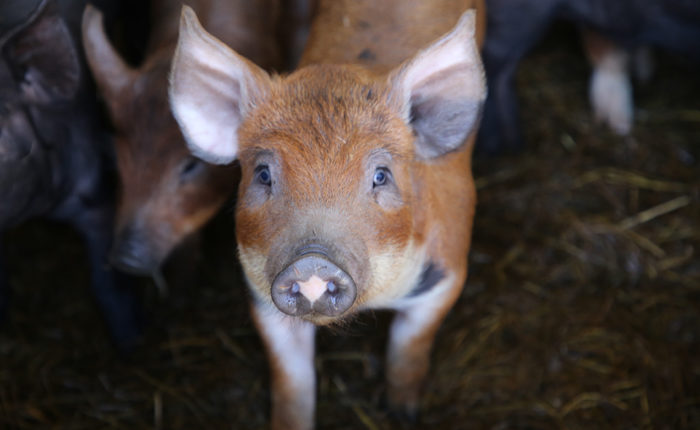 Piglets were intrigued by the camera. 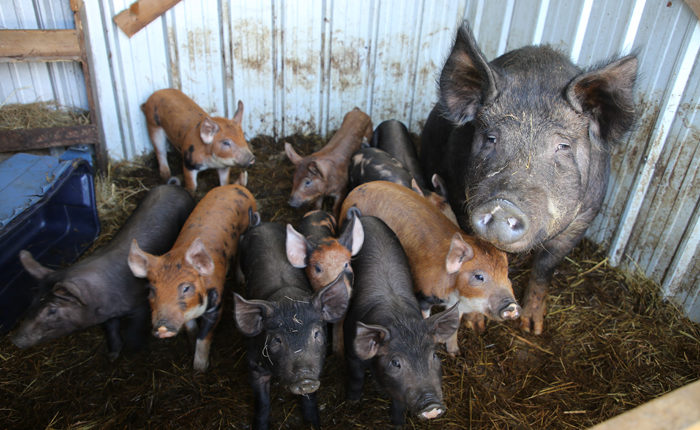 Mom posing with her family 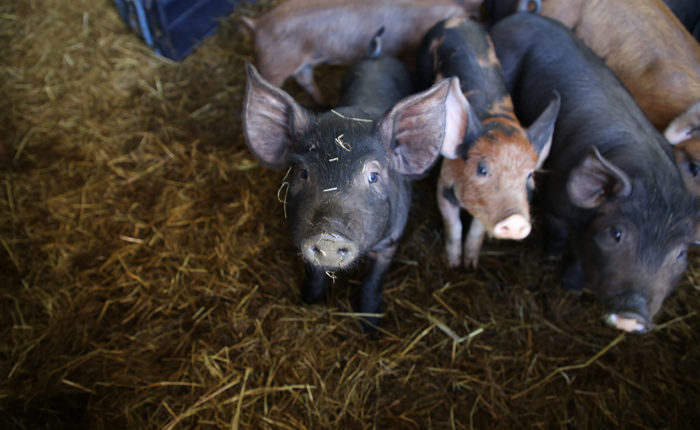 They posed better than some children do. 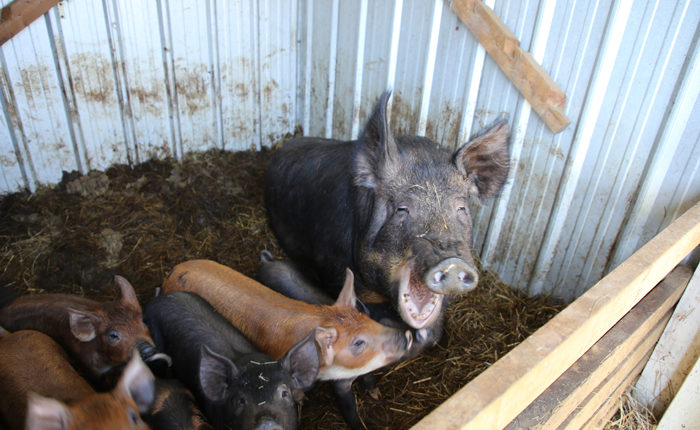 It's hard work being a new mom. 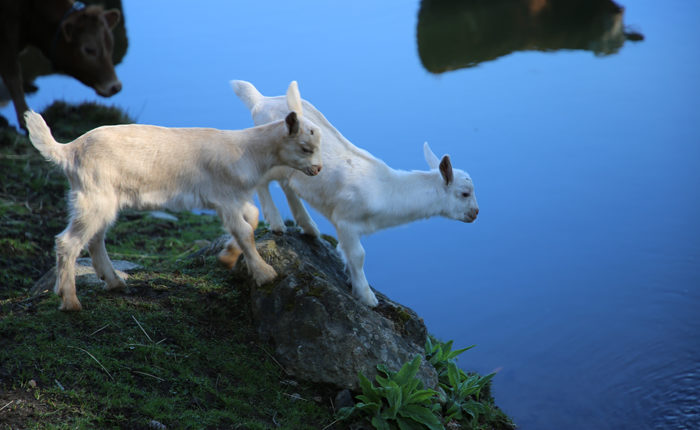 Two baby goats get a little close to the water. 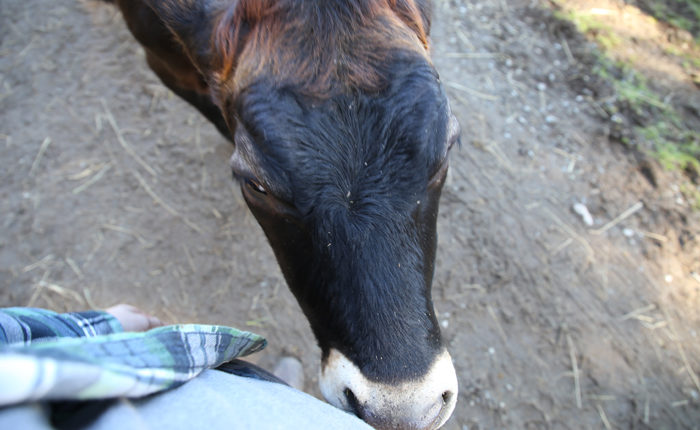 Some of the older animals wanted attention too. 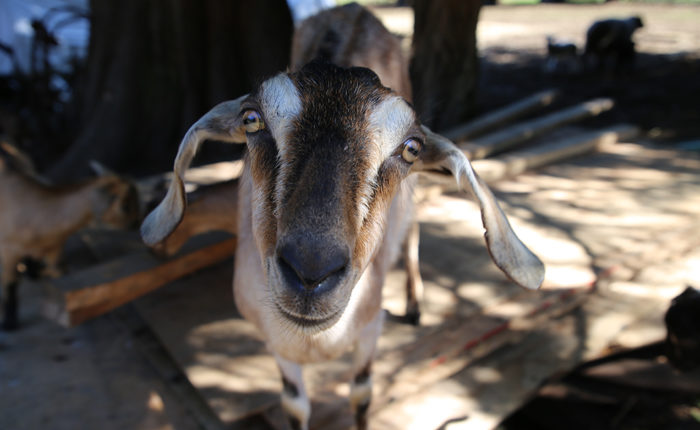 Endless curiosity about the camera. 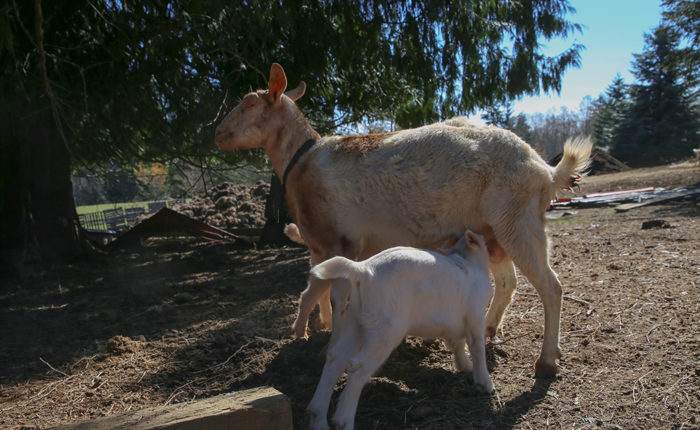 Time to stop for a snack. 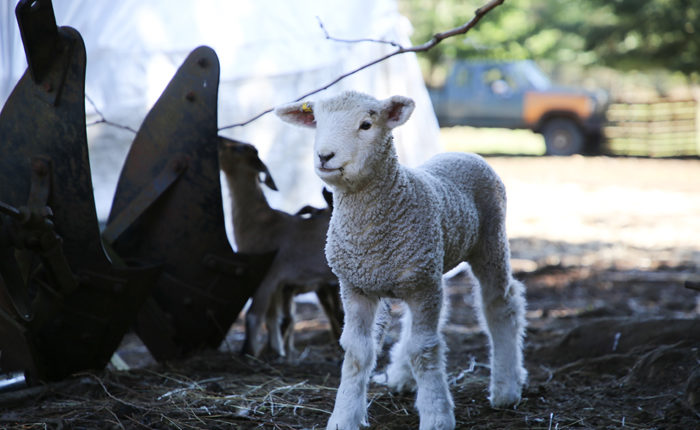 These lambs were still being fed by their mothers. 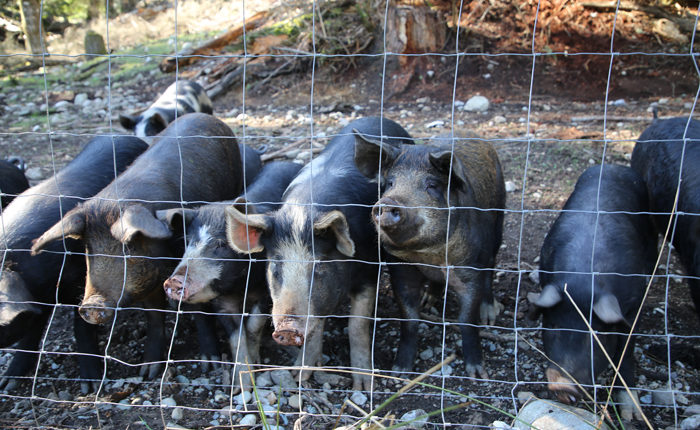 Juvenile pigs ran up to the fence, just in case it was feeding time. 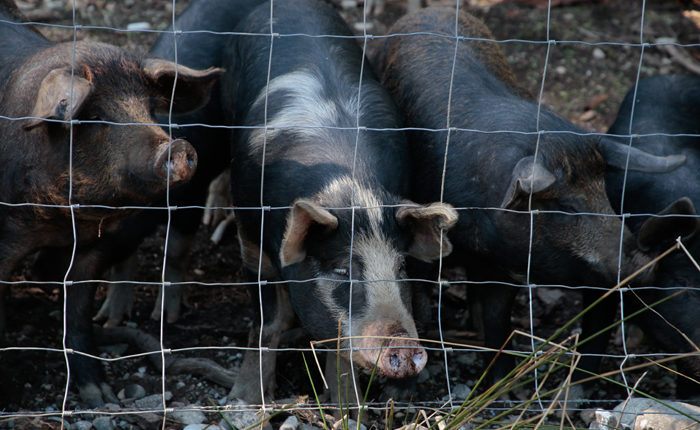 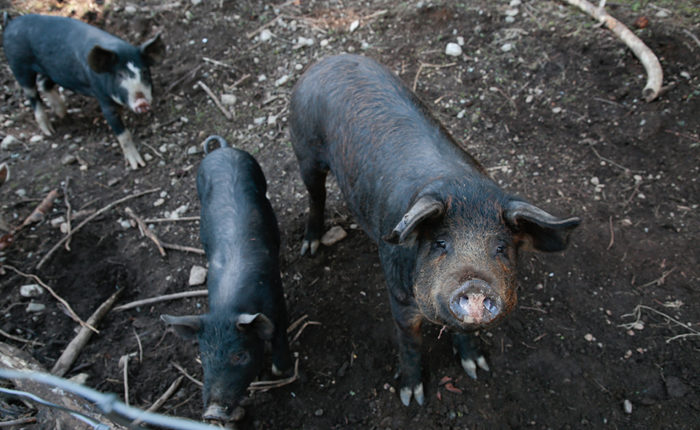 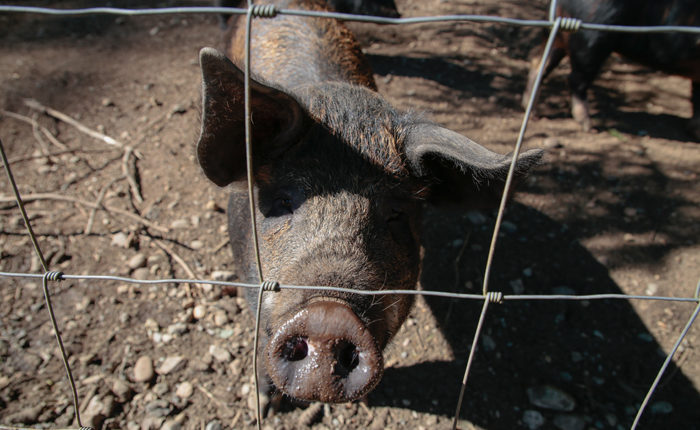 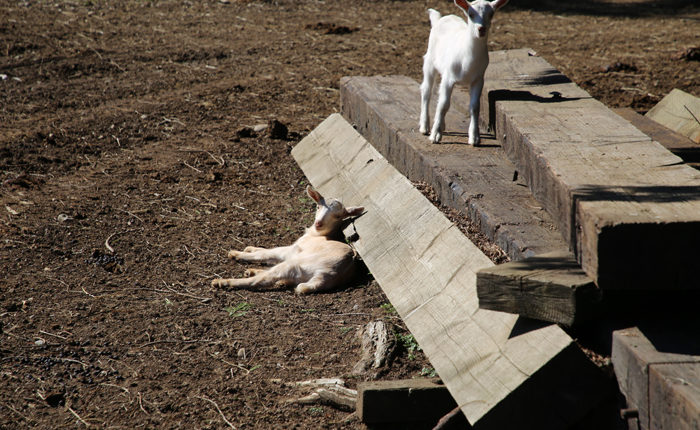 After a long winter, it is nice to sit in the sun. 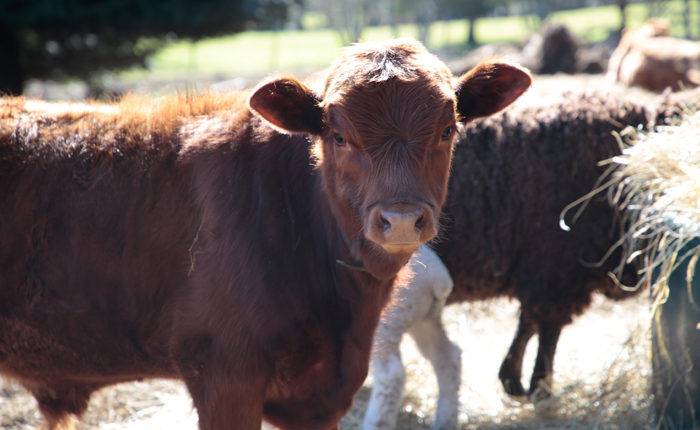 The calves were born in November 2018. 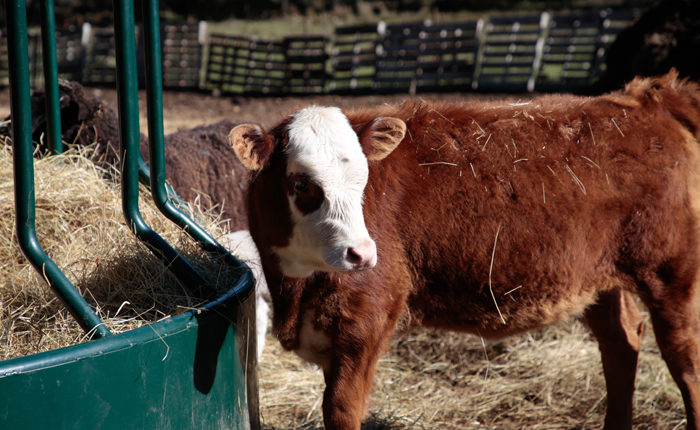 They too, enjoyed the sun. 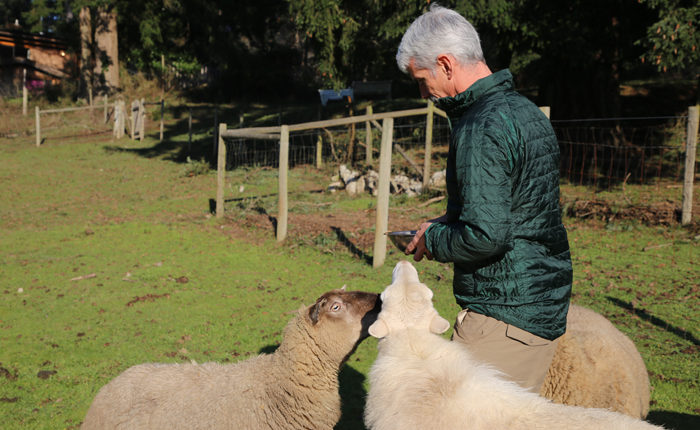 Mitchell Sherrin feeds his flock, trained to come on command. 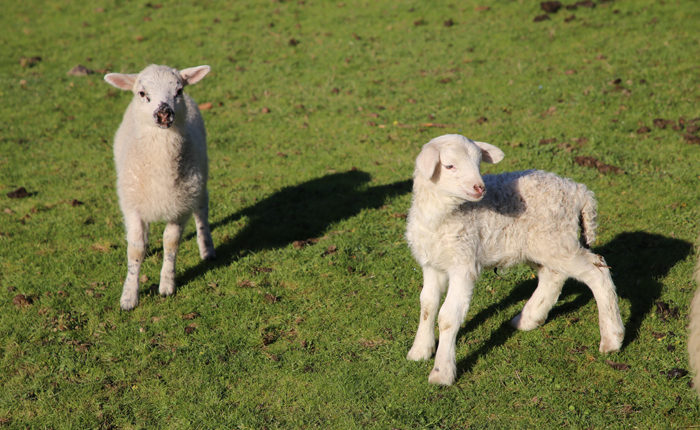 These babies were born in January. 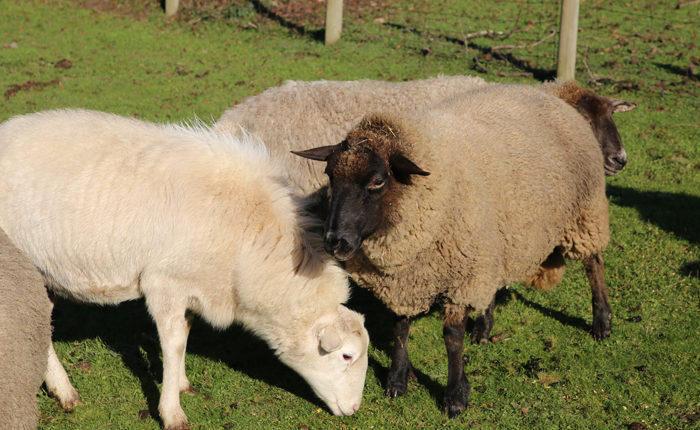 Sherrin's sheep are free to go wherever they want to.
Prev 1 of 22 Next

Spring is here, and on Salt Spring that means it is time for farms to start welcoming baby animals.

Windsor Farm is home to at least 49 babies, with a few more on the way. Most of the infants are lambs, as the farm takes in lambs for bottle feeding from farms across the island, and raises some of their own.

They are also expecting a second litter of piglets which could bring their total to over 60. Besides the typical livestock animals, Windsor Farm is also home to birds, dogs, cats and even gold fish.

“One of our friends keeps asking me ‘How many heartbeats are on your farm this week?’ It’s a lot,” said Sheila Windsor. “I just love animals and I’ve always wanted them. Now I have a lot of them.”

Windsor and her husband Darryl bought their farm in 2009, and have been raising animals ever since. They have stuck with the typical livestock animals: cows, sheep, goats, pigs and chickens.

Baby goats and lambs run free all over the farm, bouncing off of trees, rocks and anything else they can find. Mothers sit in the sun waiting for their babies to calm down and come to them for a quick meal. The bigger animals can also get a bit out of control, especially the goats.

“The goats ate all of my French tarragon, so I had to buy some more yesterday. Now the garden is double-fenced,” she said. “Where water can get through, a goat can get through.”

The goats may have gotten their taste for French spices from the gourmet menu that all of the animals get to eat. In addition to their feed, they are fed scraps from organic food producers on Salt Spring.

“They eat very well. When they see the truck coming they perk up: ‘What do we get today?’ Mama pigs are especially partial to Yorkshires on Monday morning.”

Windsor Farm is a commercial operation, but the island is also home to hobbyists who raise animals for both food and companionship. Mitchell Sherrin and his family welcomed two new lambs back in January. His flock does not follow the schedule that’s typical of a farm. Rather, the animals are left to their own devices.

“They have a pretty awesome life. We just let them go where they want to go. They have it all figured out. They lamb when they want to lamb,” he said.

The Sherrin family enjoys being able to eat food that they grew themselves. They also have a small garden, an orchard and a flock of chickens that helps keep them fed throughout the year.

Springtime is a busy time for farmers on the island. With new life popping up everywhere, it is easy to see why it is also one of the best times.

For more on this story, see the April 3, 2019 issue of the Gulf Islands Driftwood newspaper, or subscribe online.

Blossom Picnic Postponed due to weather until May 29