Nonagenarian and newborn both live at Heritage Place 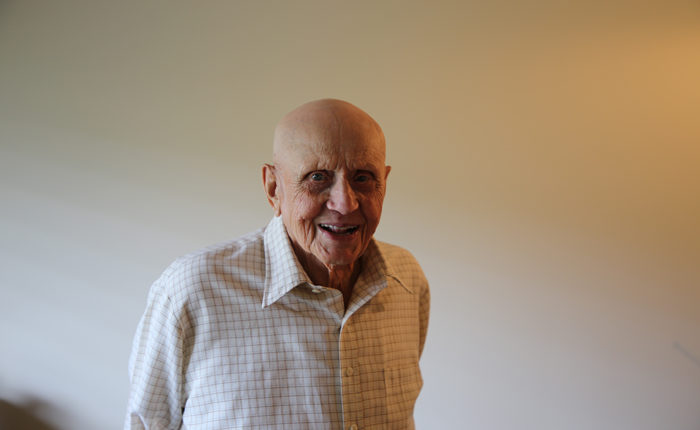 Ninety-nine-year-old Harold Blanes, who is the oldest resident of Heritage Place. 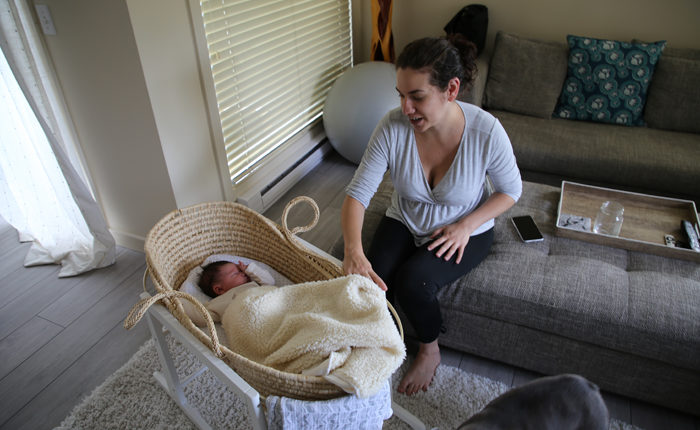 The youngest resident, Sadie Millar, and her mother Alisa Yule.
Prev 1 of 2 Next

The newest resident at Heritage Place for Seniors is younger than the oldest resident by almost a century.

On June 7, Sadie Millar was born to live-in care-aid Alisa Yule. Yule’s job requires that she live on site at the facility in case of emergencies, and since the facility is home to Yule, it was only natural that she continue living there after her daughter was born.

Though a seniors centre is not the first place one would expect to find a newborn baby, Yule has a history of living at Heritage Place. Her mother, current care coordinator Sandi Muller, lived at the facility and raised Yule through childhood.

“In 2005, Heritage Place opened its doors. The first hire was myself and my 10-year-old daughter. We moved in, we did our thing, we cooked and cleaned and the community here raised that little girl,” Muller said. “[Alisa] would fall asleep on the seniors’ lap. They raised her. They were my support . . .  We’ve done a full circle.”

“I grew up with my mom working with seniors, so I have fond memories of going to work with her and having loads of grandparents,” Yule added. “I think it’s pretty neat to be able to have her here and to be able to raise her here in the same sort of experience that I was brought up in.”

Just downstairs from Yule’s apartment is one belonging to Harold Blanes. Blanes, a 99-year-old veteran of the Second World War, is the oldest resident of the facility. Blanes has only been living at the centre for around six months. He is still an active member of the community and even gets to travel and visit family.

Though he has not met the baby yet because she’s too young to be taken out of her home, Blanes has seen pictures and cannot wait to meet the youngest resident.

“She’s getting rather big isn’t she?” he asked Muller as she showed Blanes the newest photo of the baby. “She’s got quite the head of hair, more than I’ve got!” he added, taking off his ball cap and showing his smooth bald head.

All of the residents at Heritage Place are excited to get to know the new arrival. Yule said that one of the benefits of raising a child in a place like this is that she’ll always be able to find a babysitter.

After her experience in raising a child at a seniors’ facility, Muller is excited to enjoy the process again, this time as a grandmother.

“It’s a bonus for me because I get to be really close to my granddaughter, and I’ve been very close to Alisa,” Muller said. “To be able to watch Alisa as a mom doing what I used to do, it warms this momma-bear’s heart.”

For more on this story, see the July 3, 2019 issue of the Gulf Islands Driftwood newspaper, or subscribe online.

Survey Gathers Input for The Root

One Cool Island: There’s no more ‘us and them’ when it comes to our forests