Heritage farming a “Labour of Love” 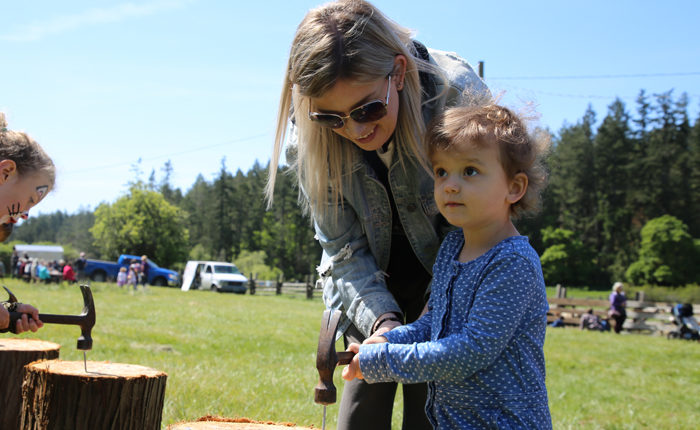 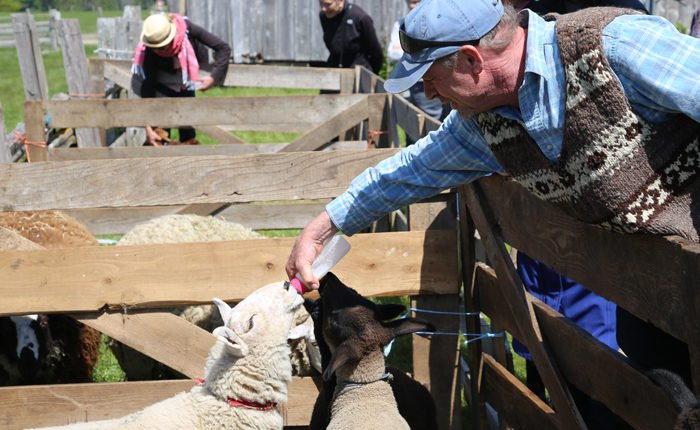 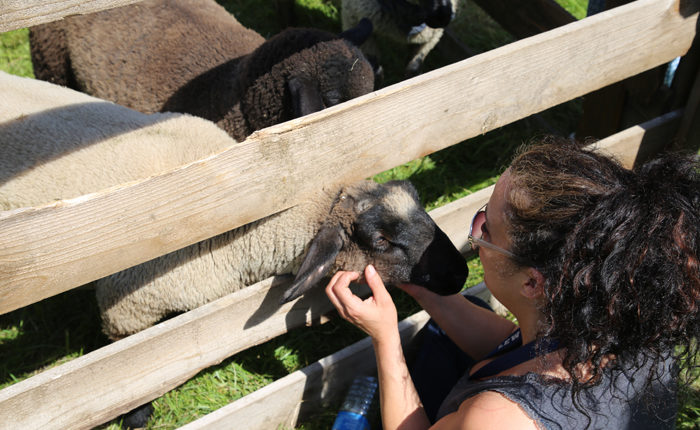 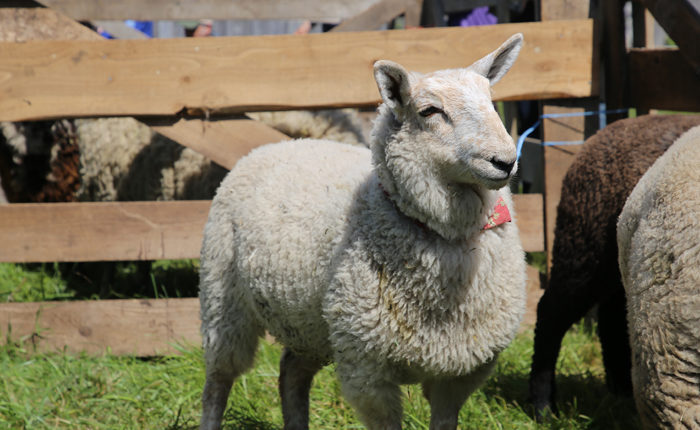 Happy to be out in the sun. 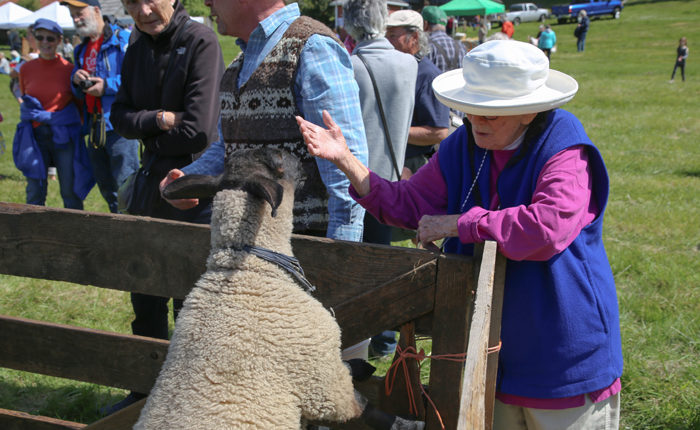 Marjorie Martin gets up close and personal with a bottle-fed lamb. 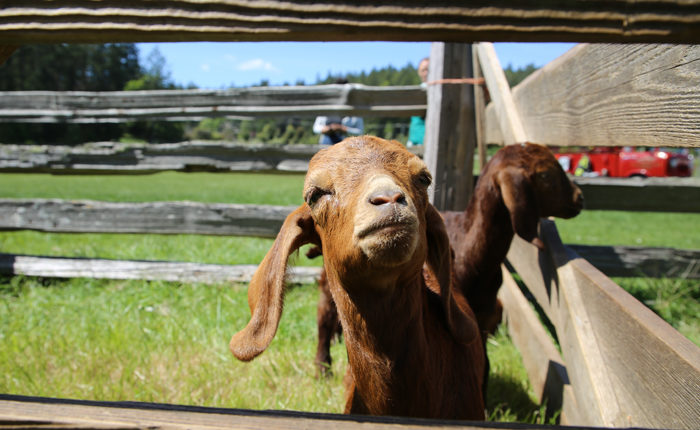 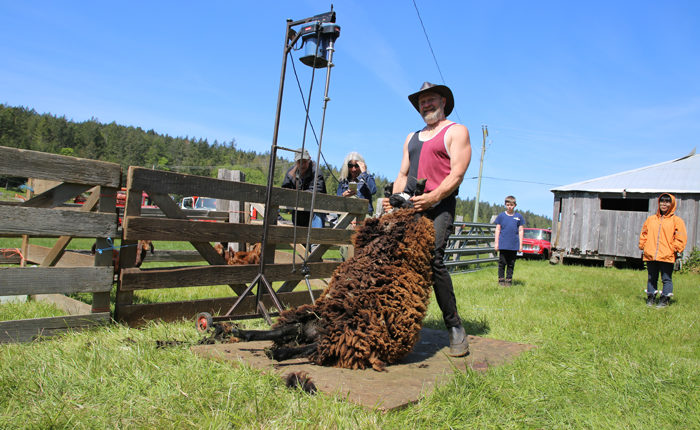 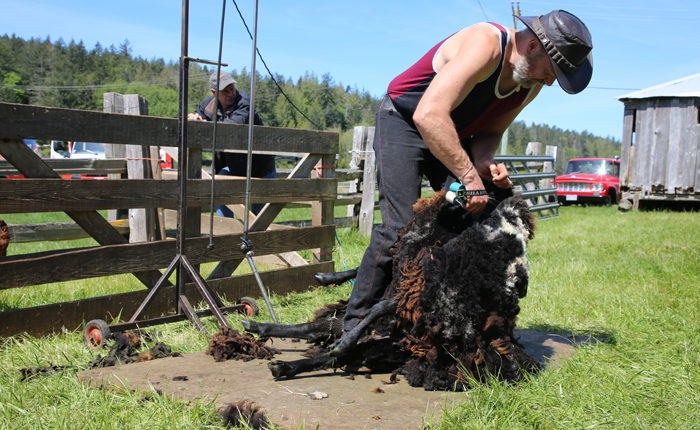 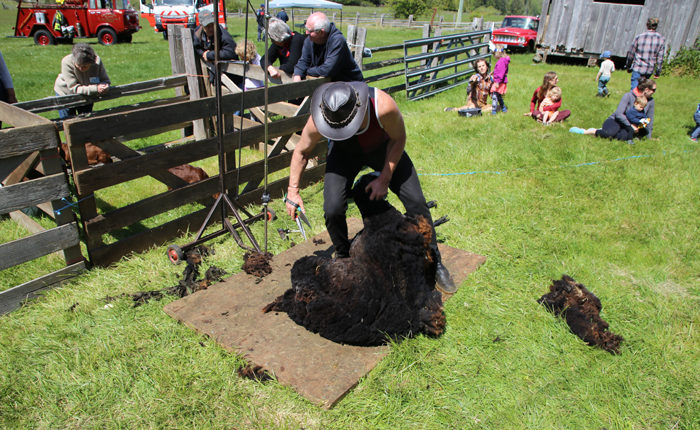 Sophia the sheep gets a much-needed haircut. 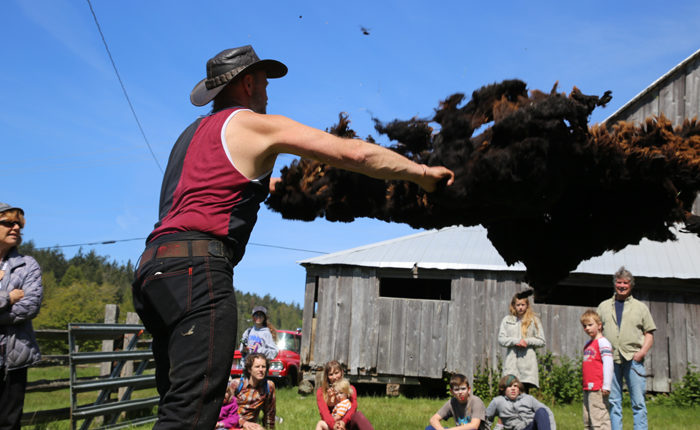 DeMooy spreads the fleece he had just finished shearing as part of his demonstration. 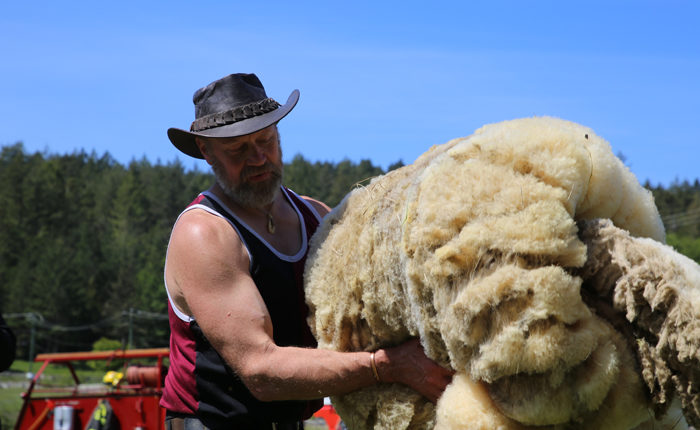 The fleece is full of naturally-occurring lanolin. 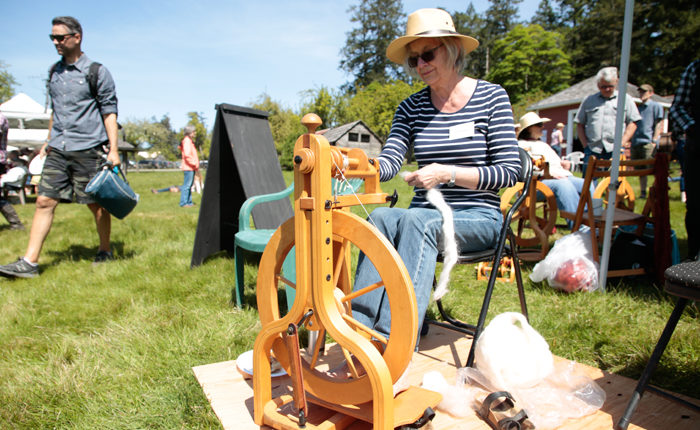 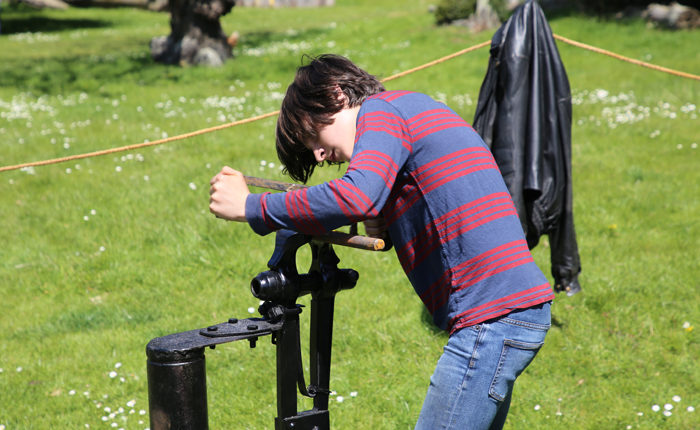 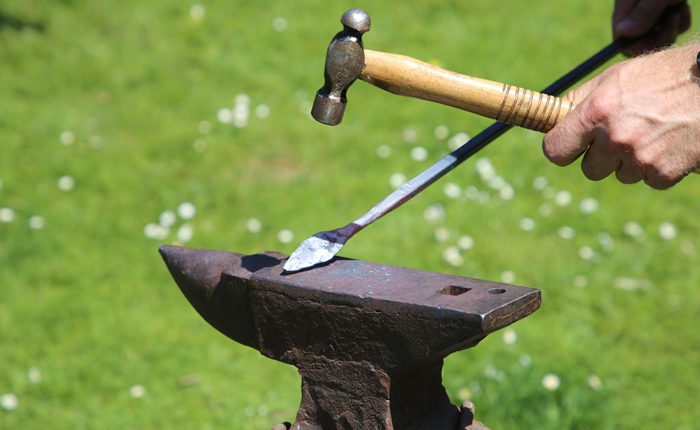 Iain Williamson hammers out the details. 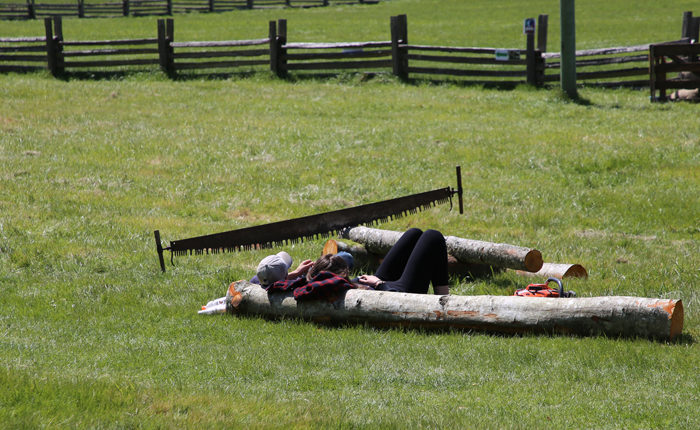 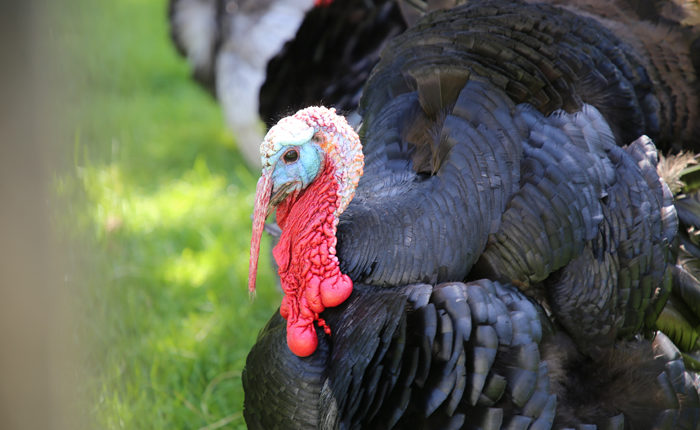 The turkeys were strutting their stuff. 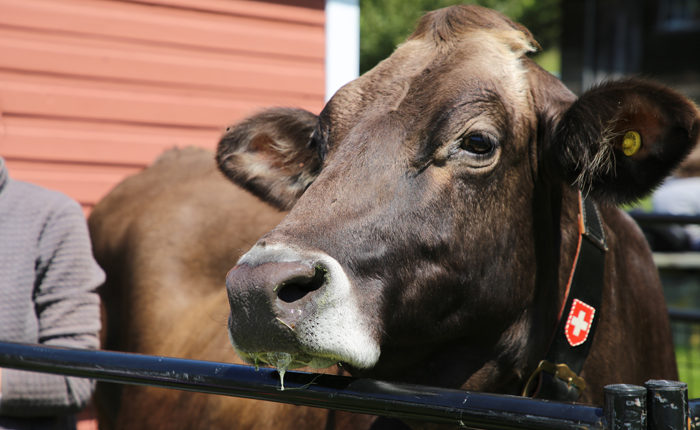 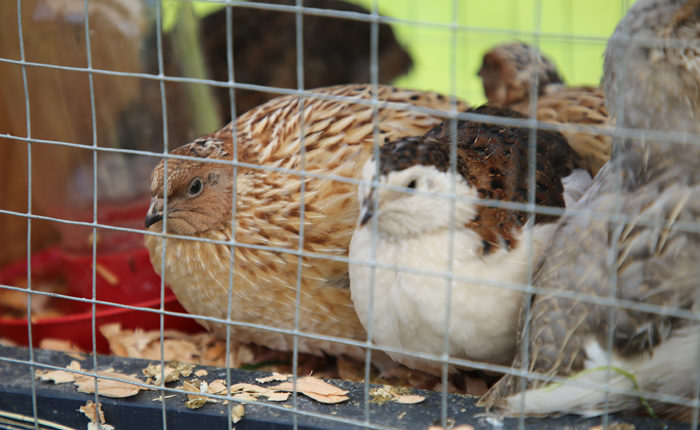 Quails, chickens and other birds were part of the Poultry Club's display. 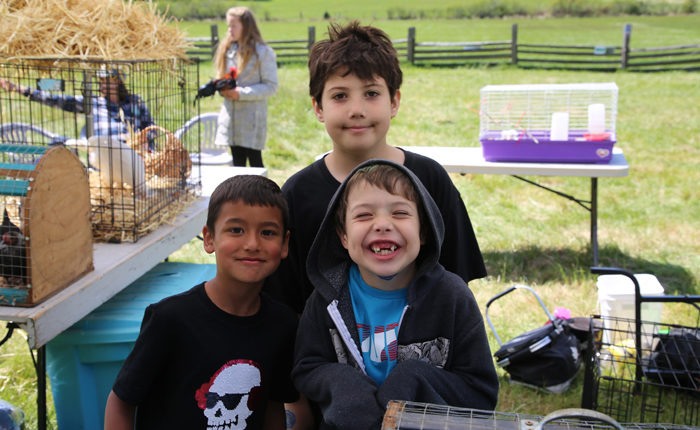 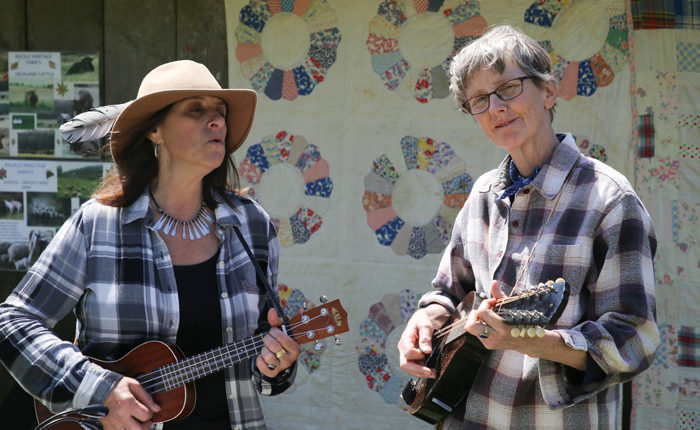 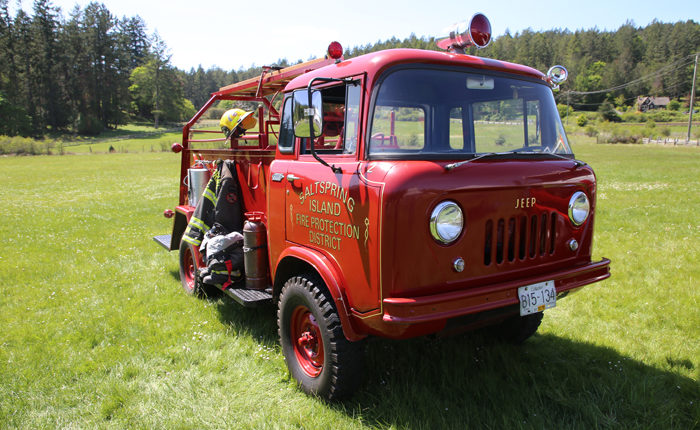 Antique equipment from the Salt Spring Island Fire Department.
Prev 1 of 21 Next

People from Salt Spring and beyond came out to Ruckle Provincial Park on Sunday to help celebrate the island’s farming history at the 29th annual Heritage Day.

Mike Lane is the farmer at the historic Ruckle Farm, which has been maintained as a working operation within the park. He started the heritage celebration in his first season there almost three decades ago. Since then Lane has restored the old buildings, replaced worn out fences and turned the farm into a working museum.

“Any of the fences you see, I built them,” he said. “I haven’t been paid yet… it’s really a labour of love.”

Farming does not give Lane much of an income, but he does it to pass on knowledge to the next generation. He has leased the farm from the Ruckle family since he started, but with the death Helen Ruckle in 2018, that arrangement is less secure. After Ruckle’s death, the operation and management of the farm was passed on to BC Parks, which is conducting a request for proposal for people interested in running the farm.

“Now we have to compete for position,” Lane explained.

However, for now, the farm operations continue as they have for decades. The heritage day celebration is all volunteer-driven.

The weather could not have been better for the event, which drew a large crowd to the heritage farm site in the park. Visitors learned about how life was for the Ruckle family and other island farmers in the early 20th century.

Live skills demonstrations like butter churning, blacksmithing, and even log sawing gave people the chance to experience what it was like to live in those days. Visitors were also treated to a sheep-shearing demonstration, wool spinning, a sheep herding demo and a barbecue hosted by the Lions Club.