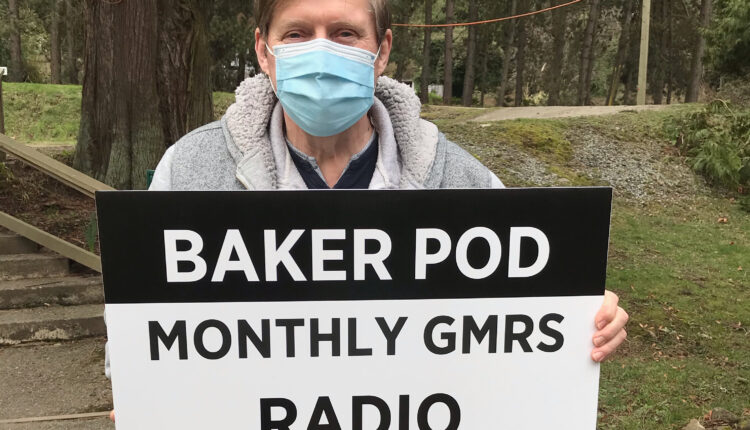 Salt Spring’s large geographic area and its widespread rural population are two realities that can make emergency planning and response a challenging proposition.

As neighbourhoods can easily be cut off by trees and power lines if they come down over a single entry road, and major disasters such as fire or earthquake would make access even more difficult, having the lines of communication established and some local resilience is ideal.

Residents of the Baker Road area are some of the islanders who have been keeping emergency planning top of mind even while the COVID-19 pandemic has made in-person connections difficult to maintain, and thoughts of any additional emergency likely just too much to deal with.
“We’re trying to get people conceiving the unimaginable during unthinkable times,” observed interim pod leader Ken Jackson.

Jackson and neighbour Bob Lynch have been supporting the Salt Spring Island Emergency Program by working to bring the Baker pod up to readiness. They’re hoping to include all 60 households on the contact list, have monthly radio check-in sessions and are mapping out a set of viable escape routes in case the neighbourhood is ever cut off.

During the windstorm of December 2018, for example, Baker Road was blocked by trees in 17 different places with power lines down over top.

“As we learned after every one of our bigger storms, a little cooperation goes a long way to making life easier for all of us. We’re determined to see if we can help bring together an even better local network that will surely benefit all of us should circumstances require,” Jackson explains in an information letter to residents.

Jackson stepped up to be the interim pod leader when he noticed no one else had volunteered during an emergency program debriefing after the windstorm. He has a lot of relevant leadership experience, including emergency evacuations at international sites where oil and gas extraction was taking place.

He is hoping to have initial escape route mapping for the Baker Road area completed before this summer’s peak wildfire season hits. The contact list is also in good progress, with the area split into three smaller neighbourhoods where notifications can go out by telephone tree.

As Jackson points out, the island has finite firefighter, paramedic and rescue personnel, who will probably be called to multiple areas in a major emergency.

“We have limited resources in a formal sense, so the more we can do in our neighbourhood or pod, the more we’re helping the rest of the island and not just ourselves,” he said.

Under Lynch’s leadership, the radio check-in initiative has seen establishment of a network using GMRS radios (walkie talkies). Neighbours and people who are able to reach them from other pods are invited to check in using Channel 19 at 6 p.m. on the first Wednesday evening of each month. The entire exercise takes around 15 minutes, and while not everyone participates every month, Jackson said there are usually a couple of new people for every session.

The benefits of the two-way radios are they are easy to use, can be relatively inexpensive, and they have an astonishingly long battery life. Jackson said people who turn them on just for the check-in time could go several months before needing to charge them. During an actual emergency, Lynch will broadcast situational updates three times a day from his more sophisticated system.

Jackson has purchased extra radios to lend out to people who want to try them, and many more people in the neighbourhood are getting their own.
“Depending on what sort of emergency we have, this could be really useful,” Jackson said.

In addition to building local resiliency in case the unimaginable does ever happen, the work of updating the pod’s contacts and functions has already helped bring people together.

“We’re building a community when there may not have been many opportunities for connecting in the past, and that’s encouraging,” Jackson said.