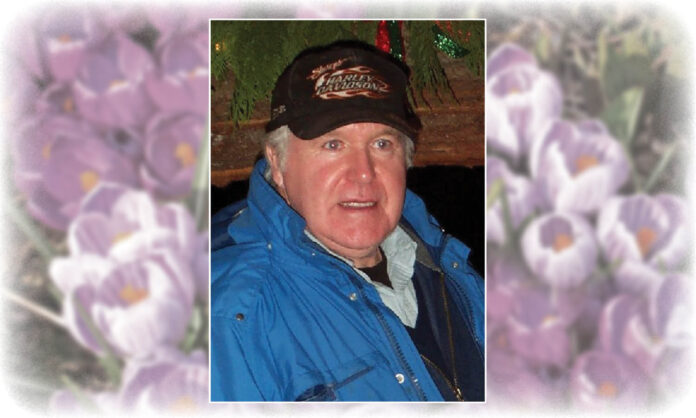 After a struggle with cancer passed away gently and surrounded by family at the Ty Watson House in Port Alberni on January 4th.
Don was born in Port Alberni and eldest of six siblings, after moving to many locations and finally settled on Salt Spring Island.  He will be dearly missed by his three children, five grand-children and five great grandchildren.
He worked at the local gas station before owning his own autobody shop.  He was an enthusiast outdoors man and supported his family by hunting, fishing and diving.

He was a man who always kept busy, in his mid thirties he started to train for motocross, years later he traded this sport for a Harley. Don and his wife started the Salt Spring Island toy run with approx. ten bikes which is now conducted by a local committee and had blossomed into a weekend event for many local charities.
He was a prominent community member of the Salt Spring Island fire department and later in life became a Salt Spring Island Trustee.
The family was blessed to have Don taken care of by the loving and caring staff of Ty Watson house in Port Alberni.
In lieu of flowers, please donate to the Ty Watson House in memory of Donald Irwin. A community Celebration of Life will be held on Salt Spring island this spring.

Dad after you passed, we saw a rainbow the next day and knew you found your pot of gold.