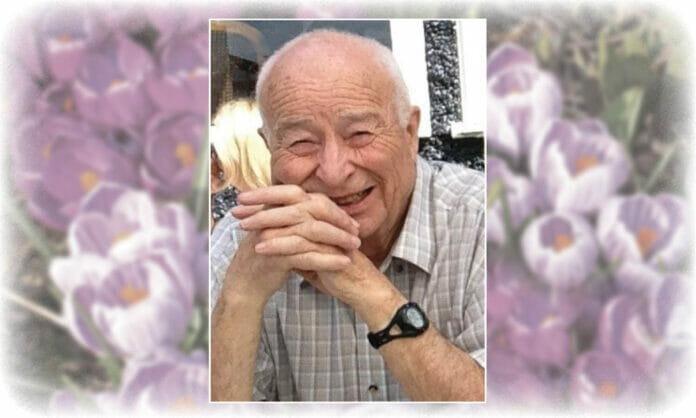 It is with great sadness that the family of Ian Bruce Fraser, 88, announces his peaceful passing at Lady Minto hospital on Salt Spring Island on September 2, 2022. He is survived by Mary Adele, his loving wife of 63 years; his brother Malcolm (Susan); his daughter Laurena (Thomas); his sons James (Tracy) and Daniel (Sylvie); and his seven grandchildren Matthew, Jessica, Thomas, Andrew, Joelle, Nicole, and Laetitia.

Ian was born in Sudbury, Ontario to Catherine C. Fraser and Horace J. Fraser. As a child, he moved to Pasadena, California and then to Washington DC and on to Sudbury, Ontario and finally Palgrave, Ontario. He attended Upper Canada College up to grade 12 and completed high school in Orangeville, Ontario. Ian graduated from Ontario Agricultural College in Guelph, Ontario in 1959 with a BSc in Animal Husbandry and a Physics minor. There he met his future bride Mary Adele Armstrong and they married in 1959. During summers at university, he worked in remote areas of Ontario and Newfoundland doing geological surveys. Ian completed his teaching certificate and began his high school teaching career in Orangeville, Ontario. After two years he moved to Kenora, Ontario where he taught at Lakewood and then Beaver Brae high schools. Students referred to him as Mr. Physics. In 1969, he returned to Orangeville high school. In 1971, he moved to Easton’s Corners, Ontario where he became a gentleman farmer while continuing to teach high school physics and math in Perth and Smiths Falls. He and Mary were always drawn to the west coast and, after four summers of trekking across Canada to Salt Spring Island, they decided to stay. He purchased Ganges Marina and Gulf Bulk station which he managed for five years. He owned a scuba shop and a private scuba charter boat. Ian worked for the Gulf Island school board and for the ambulance service.

Ian was very supportive of the community. During his spare time he volunteered for the Coast Guard, was president of the Trail and Nature Club where he organized trips and built hiking trails and benches, sat on the Parks and Recreation board, and was a gun range safety warden. He was an avid supporter of the Nature Conservancy of Canada. At a very early age, Ian grew to love and value wildlife and wild spaces. He had many talents and curiosities: hunting, ﬁshing, trapping, canoeing, kayaking, sailing, cross-country skiing, snowshoeing, boat building, archery, photography, flying, gardening, and travel to name a few. Ian was a prolific reader and an enthusiastic teacher. His children and grandchildren benefitted greatly from his wealth of knowledge. Ian loved to explore, on foot, by car, by motorcycle or by canoe, the back country of Canada.