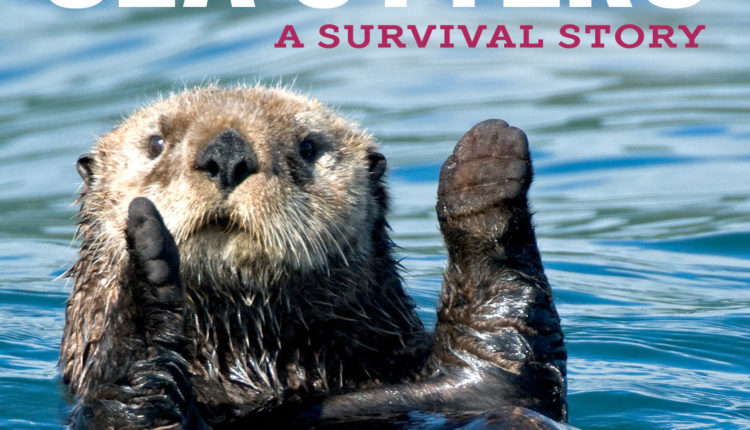 The remarkable story of how humans wiped out a key species on the west coast of North America and also initiated a thriving recovery effort is the subject of a new book by part-time Salt Spring resident Isabelle Groc.

Sea Otters: A Survival Story is a nonfiction book for middle years students with stunning wildlife photography by the author, the result of more than a decade spent researching and observing sea otters in the wild. The book will be released this Thursday, May 7 with a virtual launch and webinar hosted by the Bateman Gallery of Nature as part of the Bateman Foundation’s Nature X series.

The sea otter’s incredible journey as a species and growing realization of the important role it plays in local ecosystems are part of the reason Groc has spent so much time following and documenting the animals, and why she felt the material should be directed at youth.

“Sea otters are very charismatic animals. They are adorable, the females are very hard-working moms, they are one of the few non-primate species to use tools — all of that makes them attractive to children,” Groc observed. “But more importantly, I really wanted to convey that everything is connected in the environment. When you remove a keystone species like this predator it has multiple impacts, and I wanted to convey to children that important relationship.”

The fact that sea otters were hunted to extinction in most of their range during the 18th and 19th centuries is sometimes a surprise to people who are used to seeing otters along the shoreline. That familiar species is actually the river otter. Sea otters spend all their time in the ocean and are only glimpsed now by the lucky few.

Hunting of the species was finally banned with an international treaty in 1911, but by then it was too late for most of the range, which extended as far as central California.

“The last sea otter was shot in the 1920s; 99 per cent were killed. That was it for sea otters in British Columbia,” Groc said.

It took a reintroduction program that relocated some surviving sea otters from Alaska in 1969 to bring otters back to the west coast of Vancouver Island. There are now around 7,000 sea otters in B.C.

Groc has spent time with scientists out on the water in California’s Monterey Bay, the Tofino area and the south coast of Alaska. She has taken wildlife tours and kayaked her way to their colonies. 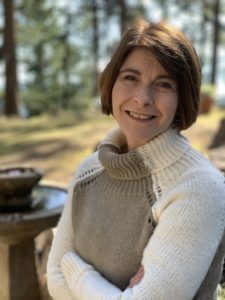 “It’s been many years of watching them from a distance with a very long lens to respect their life cycle,” Groc said. “But now more and more people get to see them, which is delightful, and they’re expanding their range.”

While Groc encourages people to see otters in the wild if they can, her photographs provide an excellent alternative. The book also explores what makes sea otters’ fur coats so special, explains how their voracious appetites help kelp forests thrive and demonstrates how the species is critical to every part of its ecosystem.

As scientists have discovered, sea otters get a lot of nutrition from sea urchins and love eating the larger specimens. As much as they love the spiny delicacy, sea urchins have the same mania for kelp and will eat an entire forest if not kept in check. Having sea otters in their proper place keeps kelp forests in balance, providing important fish habitat, helping combat erosion and aiding with climate regulation.

While the ban on hunting and conservation efforts are helping sea otters get re-established on the coast, more needs to be done. Groc explained the animals are vulnerable to oil spills and to pollutants that originate on the land; protecting the ocean will help otters survive, along with all species in the marine environment.

There’s also information in the book about how humans can learn to live with sea otters and the long-term benefits of doing so, with acknowledgement they compete for the same shellfish human groups might rely on.

“They were absent for so long, so we have to learn to co-exist again,” Groc said.

Groc is thrilled to have her book launched by the Bateman Foundation, noting Robert Bateman is a hero of hers and is known for his sea otter illustrations. Another exciting aspect for her is the book’s foreword was written by sea otter advocate Dame Judy Dench and David Mills, who is the founder and owner of the British Wildlife Centre.

The virtual event starts this Thursday at 3 p.m. Ticketed registration is available for the webinar in different price ranges at batemanfoundation.org, with all funds raised supporting the foundation’s charitable work and environmental programming.