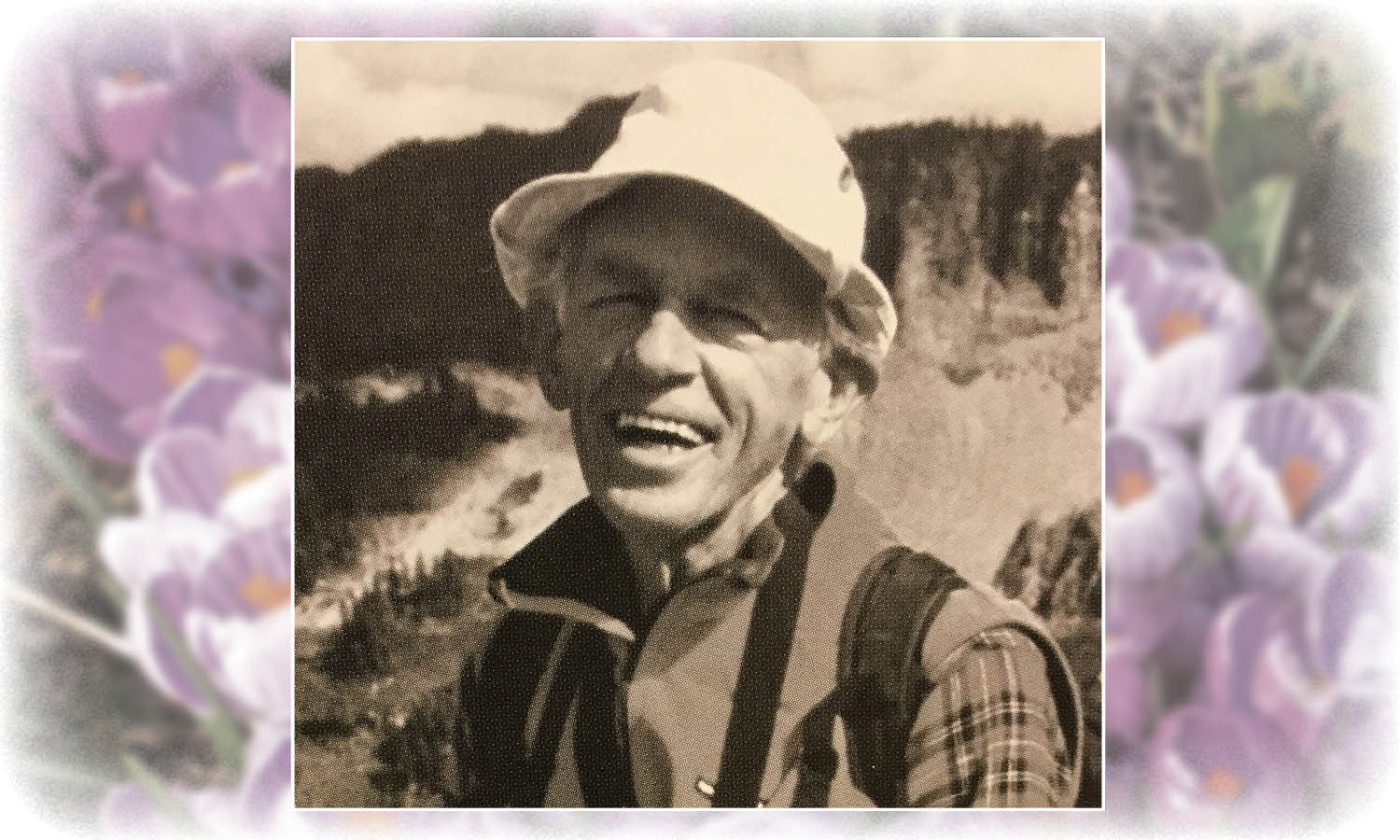 We are so sad to announce that our Husband, Father, Opa and Great Opa, Simon Hielko Camping passed away on November 7, 2018 after a lengthy illness.

He was born in Dokkum, Netherlands on February 3, 1928 and moved to Leeuwarden with his family in 1936 where he followed his education and went on to Nautical College. He became a Merchant Marine Officer and made his first sailing trips along the eastern coast of North and South America. From 1949 to 1952, he worked as a cartographer in the Indonesian archipelago.  Upon his return to the Netherlands, he married the love of his life, Anna Simona Verra.
In 1954, they emigrated to Canada, where he found deep connection with the unspoiled wilderness of western Canada, with her majestic Rocky Mountains, and poetic Pacific Rim.

He instilled this awe for nature in his two daughters, Geraldine and Elizabeth, as they hiked and skied the foothills and mountains with their extended family and friends, through all seasons, any chance they could.

Combining this reverence for the wild world with his steady and artistic hand, Simon began to paint the mountains, and later the rugged Pacific coast.  As he retired from Shell, he made his art into a full time career.

In 1981, they moved to Salt Spring Island to be closer to his daughter, grandchildren, and later great grandchildren.  Here, he continued to paint and share his wonder for life with his family and all those whose lives he touched.

Heartfelt thanks to Sue for all you have done for us, and to our Friends and Neighbours, the Home Care Nurses, Beacon Community Caregivers, the Paramedics, the Nurses and Staff of Lady Minto Hospital, and the Hospice Society Volunteers. All of you helped to make Simon’s last years much more comfortable.  Special thanks to Dr. Beaver for your kind and attentive care.

A celebration of life will be held for Simon at the Salt Spring United Church on December 2nd at 1pm.  A reception and graveside service will follow.

In lieu of flowers, donations can be made to the Lady Minto Hospital foundation.

“The unspoiled wildness of nature is a reflection of the one who created it. The wonder of life — the brilliance of colour, the violence of a storm, the starkness
of winter, the solitude — is a religious experience
made touchable.” ~ Simon Camping