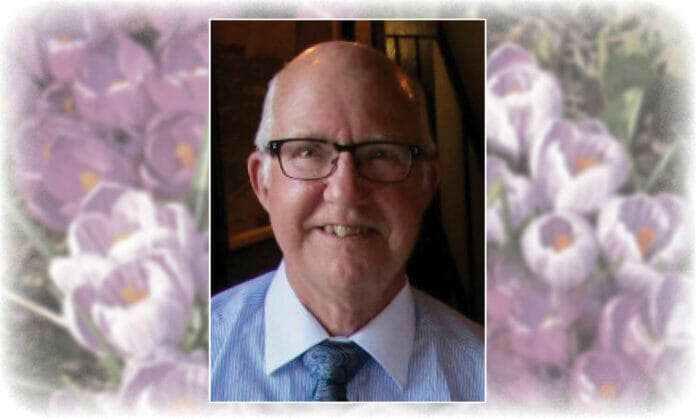 It is with great sadness that Bev and Kirsten Bolton announce the passing of husband and father, Terry James Bolton.

Terry was a wise and well-known presence on Salt Spring, having served as board member, treasurer, and investment chair for 11 years with the Salt Spring Island Foundation. His contributions to Art Spring, Rotary, Liquid Waste Management, his Community Association, and The Lady Minto Auxiliary Thrift Shop were also notable in his more than 25 years of volunteer service. Colleagues, neighbours, and friends often describe him as kind, reassuring, and a generous mentor.

At his death, Terry and Bev had lived on the Island for over 31 years, moving here to launch and operate a successful B&B for almost a decade as an early retirement project. Prior to that, he enjoyed a respected career with Imperial Oil in Calgary and was posted overseas to Venezuela, England, and Stavanger Norway, which gave him and his family experiences with different cultures, landmark locations, and colourful memories.

While completing his engineering degree at the University of Alberta, he met the love of his life, Bev, who was pursuing nursing. From the first dance, he knew they would marry and have many life adventures together. They were true soul mates. Favourite memories include their 14-month VW camper tour of Europe and Morocco in the early 70s, his skiing trips with son Devon in the Alps, and camping in The Rockies.

Terry loved studying history and engaging in lively debates. He was well read, a natural speaker and storyteller. He relentlessly supported daughter Kirsten as a “second coach” in her high school athletics. He was a sensitive family man who loved his grandchildren, his friends, his dogs, and the simplicity of sitting on the porch with a cold IPA on a sunny Salt Spring afternoon or in the parlour playing Trivial Pursuit next to a roaring fire during the long winter rains.

Terry succumbed to Alzheimer’s and a late stage diagnosis of pancreatic cancer. He had been visited by family and friends, and Bev was by his side when he passed. He is predeceased by his son Devon, and survived by wife Bev, daughter Kirsten, sister Robin (Bruce,) and grandchildren Courtenay (30,) McKenzie (28,) William (9,) and Evelyn (6.)

For those who would like to make a contribution, it would be Terry’s wish to support The Devon James Bolton Mental Health Fund through the Salt Spring Island Foundation. Or, contributions can be directed to Victoria Hospice, who provided such appreciated care and dignity in his final days.

Bev and Terry celebrated their 55th wedding anniversary this July. A Celebration of Life will be planned for next Spring when weather and flowers are more welcoming.