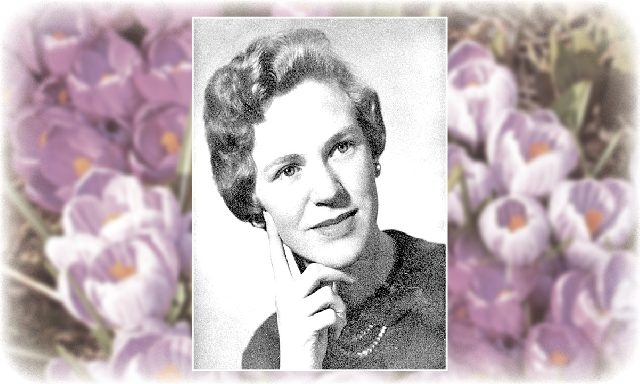 Patricia Maud Barclay-Estrup
1935 – 2018
Patricia was born in Duncan on March 16th, 1935,  the second child of Dorothy and Albert Norman Westwood.   She died peacefully at Lady Minto Hospital in Ganges on May 1st, 2018,  surrounded by family and friends.   She was educated in Victoria at St. Ann’s Academy, later attending the  University of British Columbia (and later Berkeley), where she met and married Paul  Barclay-Estrup, subsequently a Professor Emeritus of Plant Ecology at  Lakehead University in Thunder Bay. Pat received her MA from Lakehead University in 1992. She raised her children with Paul in Thunder Bay, Ontario, where they lived for 26 years, before returning West in retirement. Once a protege of George Woodcock, Patricia was a published novelist  (Buy Canadian, Simon and Schuster 1976) and well-known literary critic;  her weekly CanLit column was syndicated across the country for more than  fifteen years and she appeared frequently on the CBC and in Books in  Canada. She often carried on lively correspondences with many of the  prominent authors whose work she reviewed.   In later years, she became politically active and worked  enthusiastically for several campaigns, including those of David Orchard  and Briony Penn.   She was instrumental in helping to preserve the Creekside Rainforest  and her name appears on the plaque by the little bridge in the park. Pat devoted the last years of her life to spiritual pursuits, touching the lives of many with her newsletter.   She is predeceased by her husband Paul, brother Peter, and son-in-law Tenzing Tsewang. She is survived by her daughter Kirsty, of Kitsilano, and her son John,  of Salt Spring Island.
A service will be held June 20th at 10:30 am at the United Church at 111 Hereford Ave in Ganges, with reception to follow. An informal, outdoor celebration of life is TBA. If you’d like to donate in Pat’s name, you have a plethora of options. She loved many: the SSI United Church, Our Place (Victoria), Salt Spring Hospice, the Ancient Forest Alliance, David Suzuki Foundation, or Green Peace.