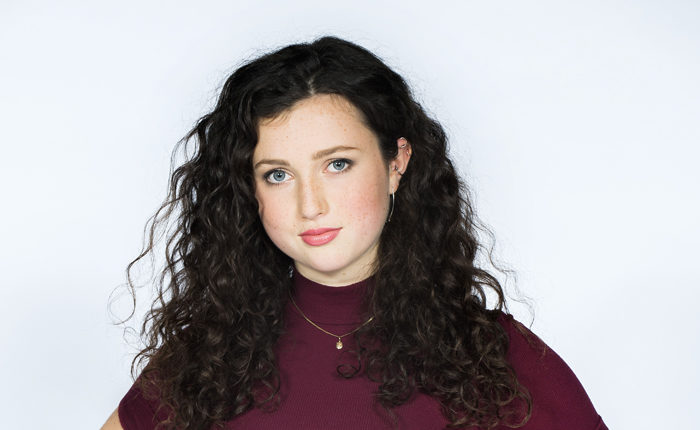 Salt Spring high school student Nicky MacKenzie is poised to gain national recognition as a singer, with a new CTV program that will bring her face and name into living rooms all across Canada on Feb. 7.

Local audiences may recall being wowed by MacKenzie’s soulful blues voice during GISS Music and Gulf Islands School of Performing Arts performances at ArtSpring. An artists and repertoire team for CTV’s new signature show The Launch was similarly impressed by her progress through CBC’s Searchlight contest and invited her to send in a video application for the show last year.

“I wasn’t really expecting to get in, but we got an email and then flew to Toronto,” MacKenzie recalled. “It sort of all happened before my eyes like a dream, now that I think about it. Suddenly I was in Toronto singing for three beautiful people.”

Each episode of The Launch, which debuts on Jab. 10, takes viewers on an authentic, behind-the-scenes look at what it takes to break in a new artist and launch a new original song to the world. Unlike the standard music contest show that starts with a large group and winnows them down to a champion in the finale, each episode of The Launch is a stand-alone event featuring a different celebrity and producer pairing, who join record mogul Scott Borchetta to mentor five artists for 48 hours or less.

The mentors give immediate feedback after a multiple song audition, and then select two of the five acts to individually record a song. One recording is then selected to be released to the public the following day.

MacKenzie is in her fourth and final year with GISPA. Her CTV bio notes the Grade 12 student grew up “singing before she could talk.” With her family involved in the Acoustic Planet Music studio, she had lessons on all sorts of instruments and felt most called to piano, guitar and harp, but especially voice.

“Nothing really beat singing for me — that was something I did no matter what,” she said.

MacKenzie often faces nerves about performing and was worried going into her Toronto audition about being good enough for the show. Then she remembered that people were selected to appear precisely because they had shown promise as artists.

“Once I was on stage and singing for them, I just felt powerful. It was an amazing experience,” MacKenzie said.

The first six-episode season of The Launch kicks off with Canadian country icon Shania Twain and award-winning producer/songwriter “busbee” in the mentor seats. (JP Maurice, a Vancouver-based singer/songwriter whose family lives on Salt Spring, is one of the five artists to be featured during the premiere.) Throughout the season, other top music professionals like Fergie, Boy George and Alessia Cara will share mentoring duties.

Along with record mogul Borchetta, MacKenzie worked with Julia Michaels, who was nominated as the American Music Awards’ Best New Artist of the Year in 2017 and has co-written many hit songs, and Grammy-nominated record producer Ian Kirkpatrick, who is responsible for multi-platinum hit songs from Jason Derulo, Nick Jonas and others.

The audition process involved performing a set of songs for the mentors, without an audience but in front of the full TV crew. MacKenzie chose two of her own songs, plus Adele’s One and Only and Lover, Please Stay by Nothing But Thieves. Each choice was meaningful in its own way.

“It was pretty fun. They were really nice, which was helpful,” MacKenzie said.

For her episode MacKenzie was stacked against some accomplished artists, including YTV’s Virtual Next Star winner Noelle Maracle, whose YouTube channel currently has 27 million views and more than 92,000 subscribers, and Zack Lane — an award-winning songwriter, performer and recording artist from Moncton. She said one of the highlights of the experience has been connecting with artists from all across Canada, and she expects to keep in touch with many of them through social media.

“Because it wasn’t a competition it’s all been really positive and supportive, and I really love that,” she said.

Letting her roots come through her music grounds MacKenzie in her work, and it’s something she believes could help other artists living in small communities share their work with a wider audience.

“My community took such a big part in raising me and I’m so happy representing them. I would say take your community into your style and how you perform as an artist,” MacKenzie said.

Another part of The Launch that MacKenzie appreciated was the mentors’ feedback. She noted the format is based on drawing out and developing those characteristics that make each artist unique.

“I’ll always sing the way that I sing and that will always be my style. I think that’s the best part of the show — everyone’s going to be bringing something so original to the table,” she said.