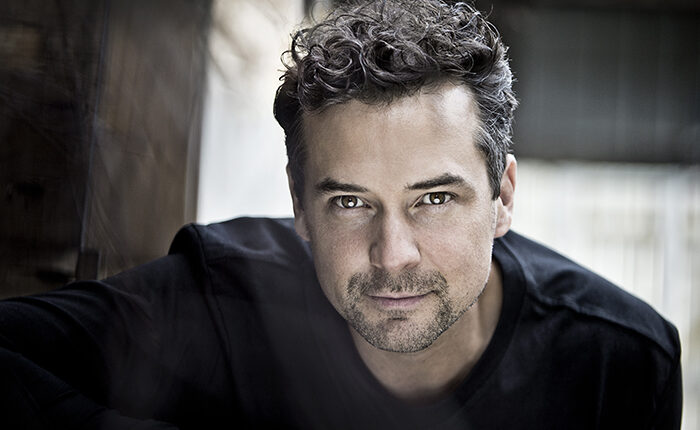 There are the obvious sights and sounds you get from coming to a Michael Kaeshammer concert. A mastery of the 88 keys in front of him, a breathtaking journey from his trademark jazz and boogie woogie to classical and pop influences, the ease as both band leader and band member alongside his fellow musicians.

And then there are those you get from taking a peek round the audience: huge smiles, laughter, hand clapping and foot tapping. A live Kaeshammer show is truly a 360-degree experience.

Just because you’ve seen him perform once doesn’t mean you know what you’ll be getting a second time. Each show is dynamic. Whether it’s his feeding off the audience, or his selfless interaction with his musicians, it’s all a joy to watch. He really wants everyone to shine and seems genuinely thrilled when another player is suddenly the star of the stage. Who can forget the trombonist on his last show at ArtSpring?

Kaeshammer has been wowing audiences since his early teens. Now based in Sidney, he grew up in southwest Germany. His early, prodigious talent saw him playing in venues around Europe, before a move with his family to Vancouver in the mid-1990s, and an immersion in the city’s music clubs really opened his eyes to a way of making a living from his passion.

From his first studio album in 1996, Kaeshammer has been recognized through multiple Juno Award nominations and several wins at the Western Canada Music Awards. While a new studio album due to be recorded in 2020 has been pushed back, he did release his second live album that year (Live In Concert, recorded at the Charlie White Theatre, and featuring Randy Bachman and Colin James).

Although his scheduled Saturday, Feb. 26 evening concert at ArtSpring was an early sell out at 50 per cent capacity, we are able to open up more tickets. As we go to print we’re awaiting a capacity update from the province. We’ll either be able to add more tickets to this original date, or if not, Kaeshammer has offered an additional matinee performance on Sunday, Feb. 27. Check the ArtSpring website for updates.