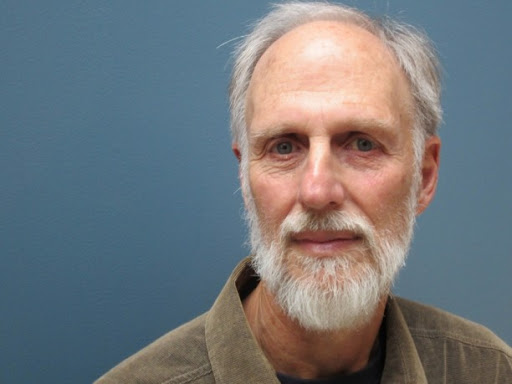 The group began more than 20 years ago with Hayes and Smart, who were soon joined by Reiss.

Percy describes “the conversation with listeners that live poetry provides. Poems are codes for experience. Cords of connection. Poetry is a ‘no holds barred’ medium for expressing the joy and darkness of living.”

They began meeting once-monthly at each other’s homes on a rotating basis. The format is to bring the first draft of a new poem to read aloud for critique giving equal time to each poet. From the beginning, critique guidelines have been followed. The group is intentionally small to allow ample consideration to each poem.

The purpose of criticism is to make a better poem. We ask ourselves what the poem’s trying to become. We look at form, language, emotion and ask what’s working and what needs revision. Critics don’t always agree. Ultimately the poet must decide whose poem it is.

Hayes has published six books, including Labyrinth of Green in 2019 (Plumleaf Press), and most recently Gold in the Shadow: Twenty-Two Ghazals and a Cento for Phyllis Webb (Rainbow Publishers).

Smart’s “decked and dancing” (Hedgerow) received the Acorn-Plantos award in 2007. She subsequently published The White Crow. Smart states that the power of poetry resides “in the images that connect one person to another.”

Reiss’ The Survival Rate of Butterflies in the Wild, Hagios Press, won the Gerald Lampert Memorial Award in 2014. Cemetery Compost, Frontenac House, was published in 2016. As a climate action performance poet, Reiss founded the Only Planet Cabaret.

Johnson is the author of The Comfort of Angels, a fictional work, and The Wonderful Naked Man, poetry and line drawings. Her poems have appeared in literary magazines, including Prism International, The New Quarterly, The Capilano Review, The Antigonish Review and grain.

Meade is a geological engineer whose deft ghazals intertwine natural sciences and the seasons, and their elusive, accretionary rhythm reflect life’s experience. Meade has been short-listed for poetry and non-fiction awards. In 2016 he launched “unearthed,” a poetry-art chapbook with Celia Meade.

The newest member of the group is Day. His work “aligns with mystical traditions yet manages to be strikingly contemporary.” With “a language that is solid and tactile,” he achieves spiritual focus. Day is the author of four books, including The Daring of Paradise and Conjuring Jesus (Guernica editions).

The April 17 reading is sponsored by the Salt Spring Public Library, Canada Council for the Arts and The League of Canadian Poets.

To register and get the link, people should send an email to programs@saltspringlibrary.com.

Helicopter buzzes up alarm on Pender